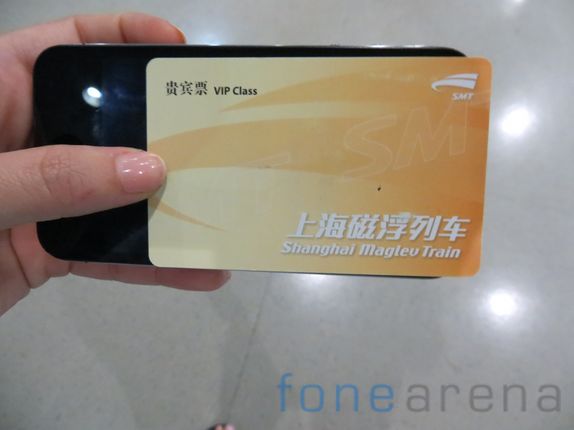 What’s the most exciting aspect of the Maglev train in Shanghai that runs at the speed of 400 Kmph ?! Its ability to travel from the middle of the city to an airport located 30 Kms. apart, in nearly 7 minutes!!? Perhaps, one might not pay attention to the speed of the train if busy downloading data, on this train @ 50 Mbps !

Huawei took a few tech enthusiasts on a ride in the Maglev train, to demonstrate high speed LTE that can provide download speed of up to 50 Mbps. This service is still on trial, in Shanghai. In a demo that I witnessed, Speedtest.net showed a max speed of 20 Mbps data download speed on China Unicom Network, this – while the train ran at a speed 300 Kmph. The speeds began to deteriorate as the airport came closer because the LTE network finishes halfway down the track. 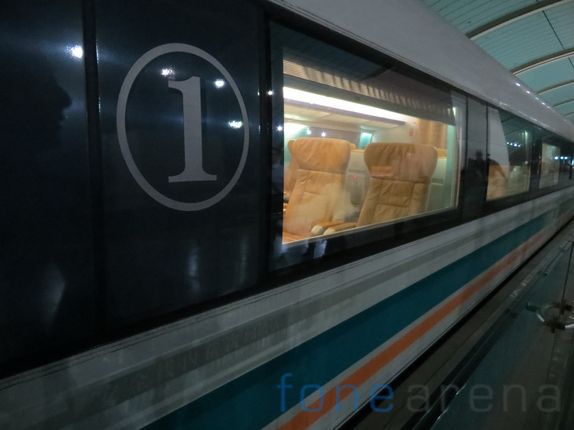 The advantage of having high speed Internet is not just for passengers to have super fast data download speeds but also utilize LTE in video surveillance solutions implemented on board, for security staff to monitor situation on individual trains.