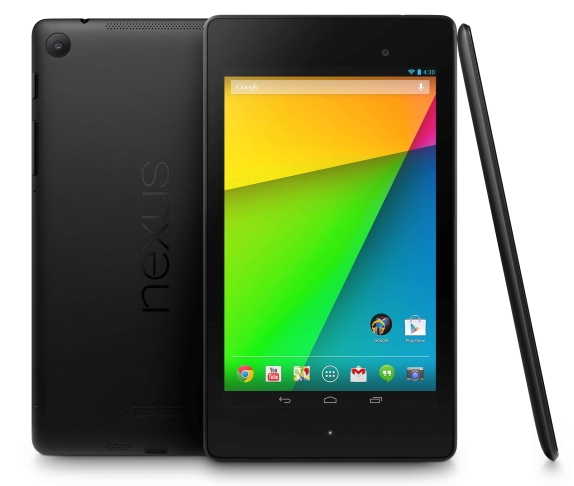 Google announced the new Nexus 7 today at an event in San Francisco where the updated Nexus 7 tablet was one of the main highlights of the event. We have seen plenty of leaks of this device including an unboxing so not much was left for the official announcement except for the confirmation of the specs , the pricing and launch date.  The biggest difference on this Nexus tablet is the update Full HD screen which makes it the highest resolution screen on a 7 inch tablet and also crushes the competition especially the iPad mini. It is the first tablet to run Android 4.3 out of the box which we have covered separately. The new Nexus 7 is marginally thinner than the first gen Nexus 7 and lighter too. It is slightly narrower than the previous model. Another big change is the move from Nvidia Tegra 3 to a Qualcomm Snapdragon processor in terms of the internals. And yes it is still made by Asus.

The device is powered by a Qualcomm Snapdragon S4 Pro quad-core processor running at 1.5GHz along with a Adreno 320 GPU. The RAM has been upped to 2GB from the previous 1GB. There is now a 5MP Camera on the back and a front facing camera too.Audio has been improved with stereo speakers. The tablet comes in two memory capacities 16GB and 32GB and there is no microSD card slot. The battery is a sealed 3950 mAh unit which promises about 9-10 hours of usage. Good to note that Wireless Charging has been added and this might be one of the first tablets to support it. 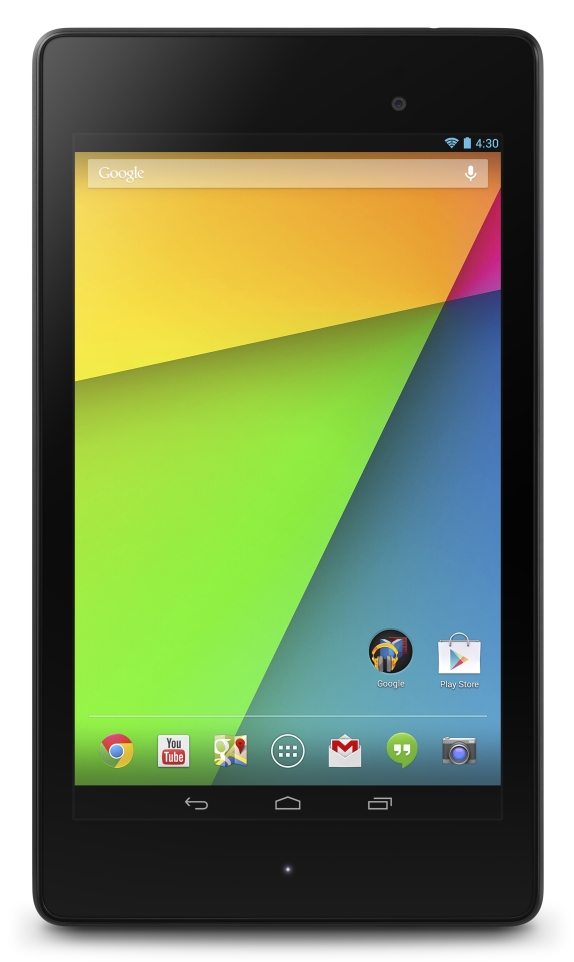 The Nexus 7 will be available in the US starting from July 30th on Google Play store and several offline stores such as Best Buy , Staples. and even on Amazon.The new Nexus 7 is priced at $229 for the 16GB Wi-Fi model, $269 for the 32GB Wi-Fi model and $349 for 4G LTE model with 32GB of storage. Initially only the WiFi 16GB and 32GB versions will go on sale followed by the LTE version at a later date.

No sign of the this tablet coming to India any time soon but it would be launching in UK, Canada, Germany, Spain, France, Japan, Korea, and Australia in the next few weeks and other countries to follow soon after. Hopefully India is on that list.