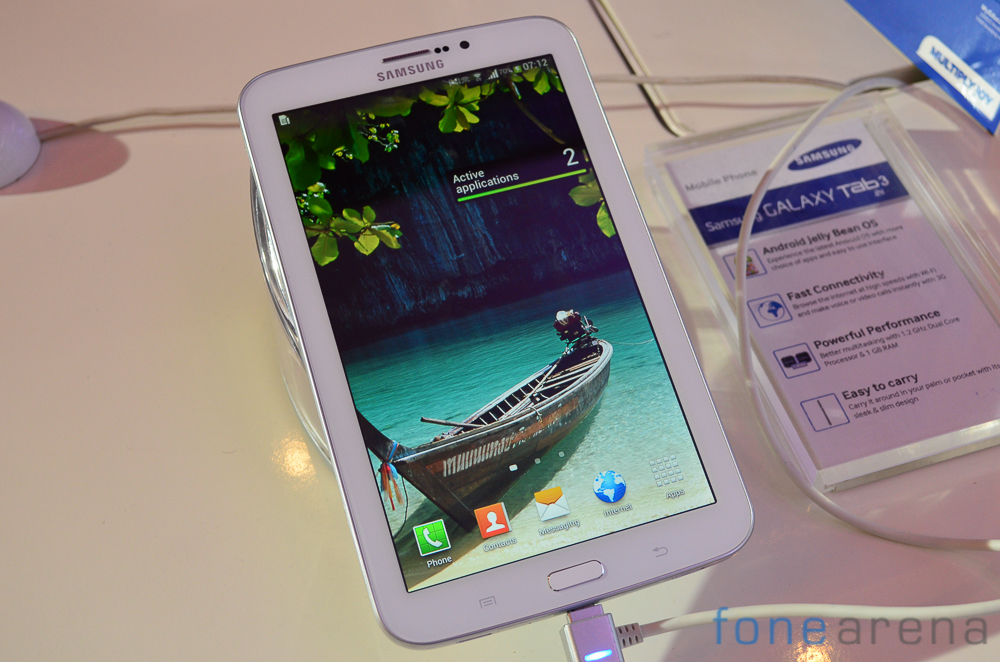 Samsung’s Galaxy Tab range of tablets have been wildly popular in the Indian market and has helped the Korean manufacturer reach a 62% market share in the country in terms of tablet sales. The latest 7 inch offering from the company is more of an update to the winning formula than an all out new product. Here are our first impressions of the Samsung Galaxy Tab 3 211. 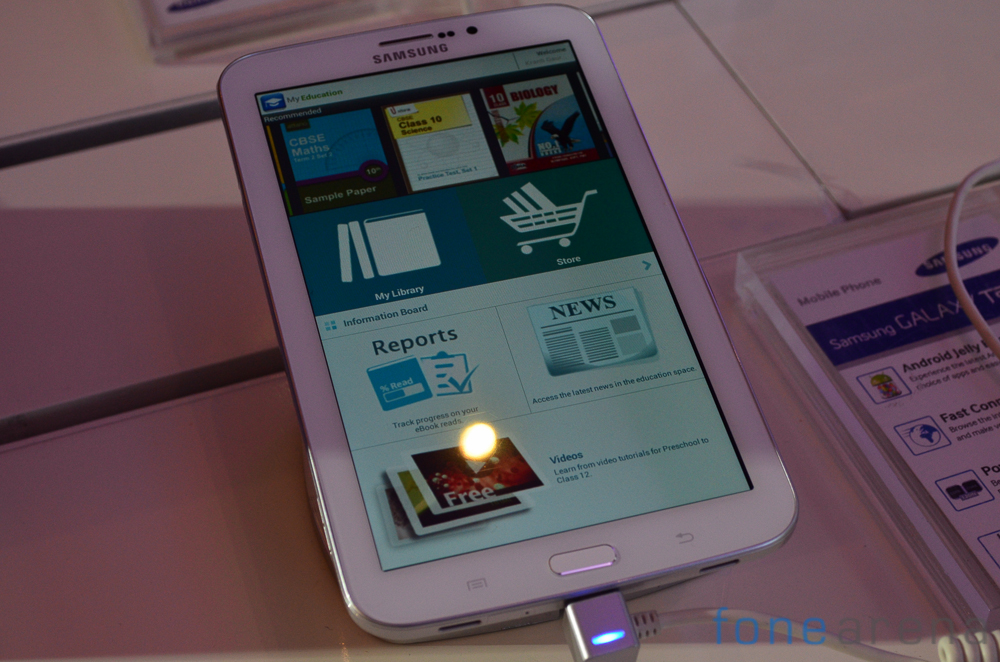 Owing to the 7 inch form factor and the type of material used, the Tab 3 211 feels incredibly light and quite comfortable too. You might argue that the design has been kept the same and the materials aren’t as high quality as they could be but for a device that is aimed towards media consumption, it works. The front has a 7 inch screen with a resolution of 1024 x 600. The screen is of the TFT variety and while colors are good, they aren’t as vibrant as on an IPS panel. 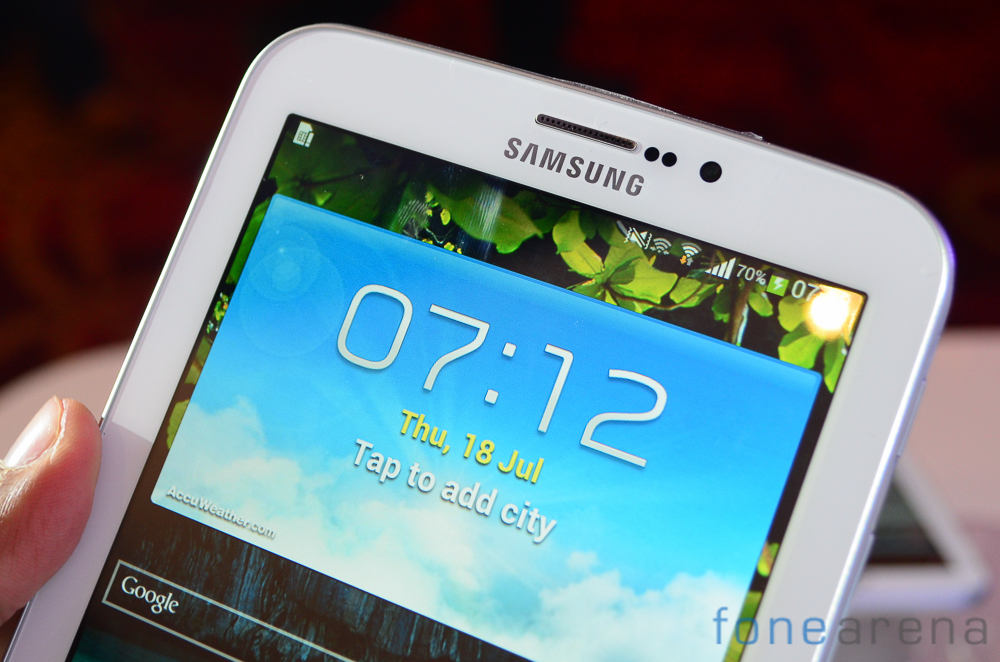 Over on top you find the earpiece. Yes, the Tab 3 211 can also be used for making phone calls. Next to it is the 1.3MP front facing camera and the proximity sensors. 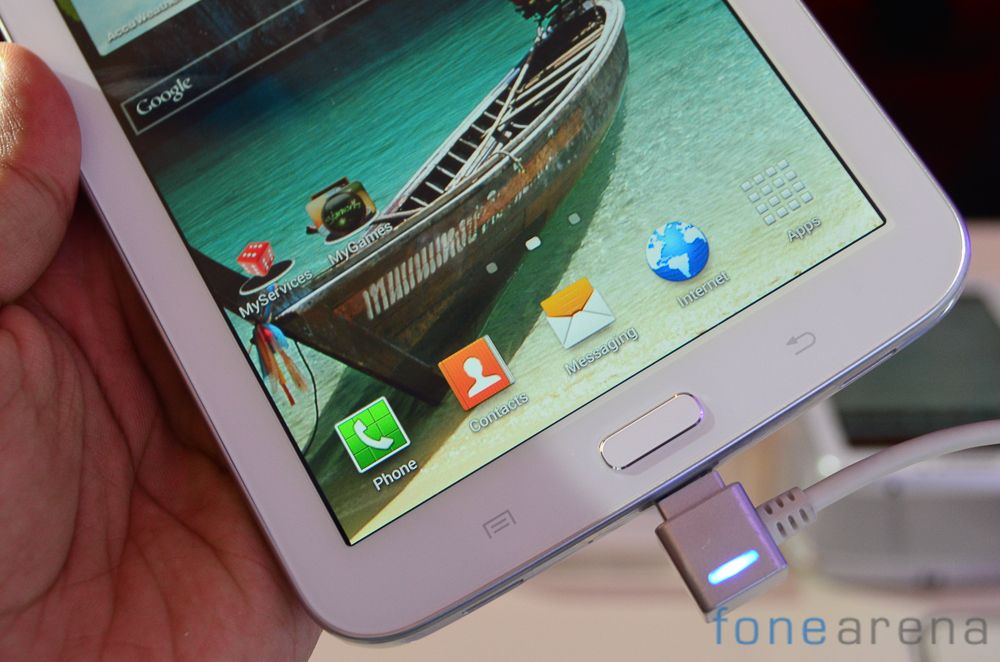 Below the display you’ll find a single hardware home key. Flanking it are two capacitive buttons that correspond to the menu and back keys. The microUSB charging slot is at the bottom of the tablet while the 3.5mm audio jack is at the top. The volume rocker and power keys are on the right side of the tablet. On the left side you can spot the microSD card slot and SIM card slot hidden under flaps. 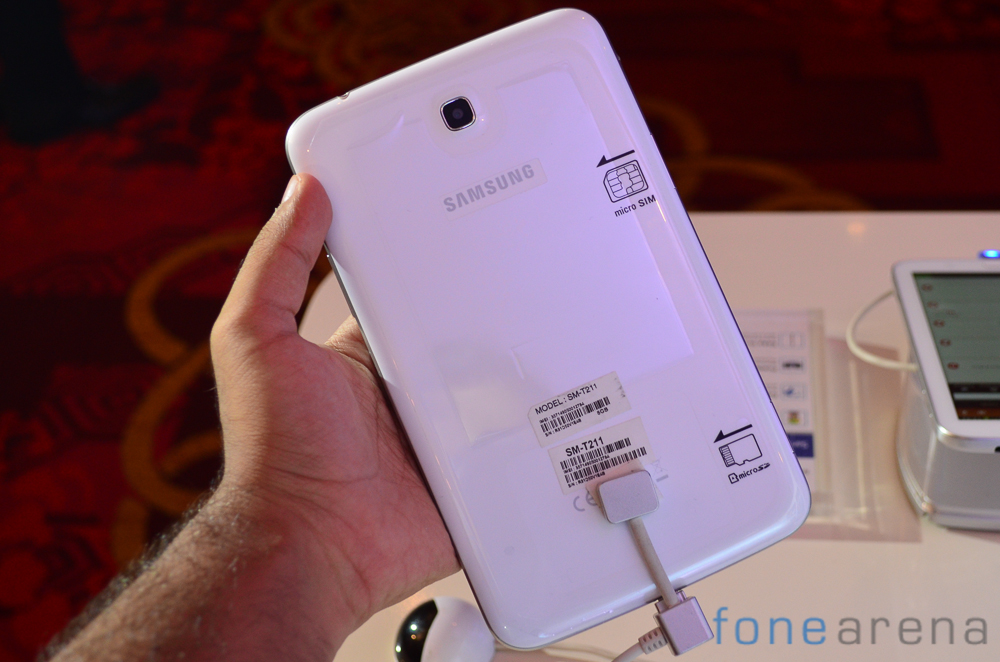 The back of the tablet is made of the same hyperglazed plastic that we’ve seen on other Samsung products as well. Towards the top you can see the 3MP rear camera. Under the hood is a 1.2Ghz dual core Marvell processor and 1GB of RAM. There is also 16GB of storage that can be further expanded via the microSD card slot. Connectivity options include  3G HSPA+,WiFi a/b/g/n (2.4/5GHz), WiFi Channel Bonding, WiFi Direct, Bluetooth 3.0 and GPS  + GLONASS. Powering all that hardware is a 4,000 mAh battery that should be adequate for a day of usage but we’ll have to test this out in our review. 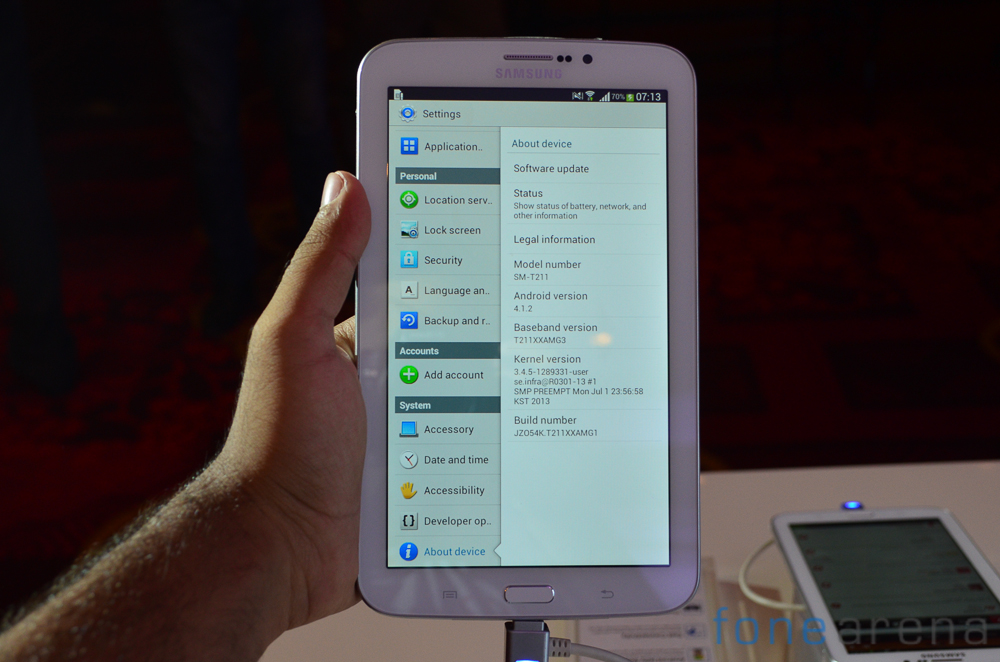 In our brief time with the product we found performance to be satisfactory but not exceptional. Given the Marvell processor in the Galaxy Tab 3 211, we’ll have to put it through our suite of benchmarks before passing a verdict. The software build is Android 4.1 with TouchWiz on top. In a time when most budget manufacturers are also providing Android 4.2, we found this to be a disappointment. Samsung has built in a range of education focussed applications on the Tab 3 211. Build quality is good but typical Samsung and doesn’t feel very upmarket. That said, it is very comfortable to hold. Priced at Rs. 17,745 we think it will once again prove to be a hot selling product for Samsung. The tablet is available in white but we should hopefully see the brown variant as well. For more information, watch out for our review soon. We’ve embedded some additional images below.