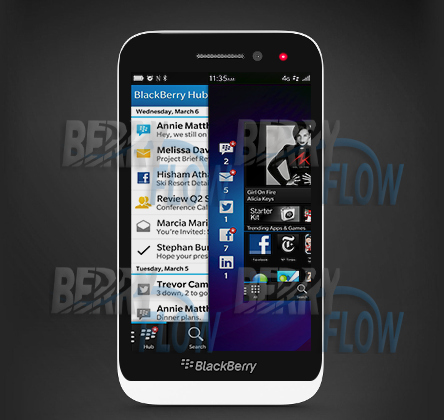 We’ve reported on BlackBerry’s upcoming large screen device. The phone has now shown up on video and appears to be absolutely massive. The device is pegged to have a 5 inch display but the fairly large bezel makes it appear even bigger.

The handset appears to have a design language that is a cross between that of the BlackBerry Q10 and the Z10. The phone is also believed to have the weaved glass back from the Q10. While the screen might be 5 inches in size, resolution is said to be 720p which would place it behind other leading handsets. The BlackBerry A10 Aristo is expected to go on sale in November and Sprint in the US will be one of the first carriers to stock the handset. BlackBerry’s BB10 based handsets haven’t really set the market on fire, will the A10 change market perception ? Are you excited to see this handset ? Let us know in the comments below!