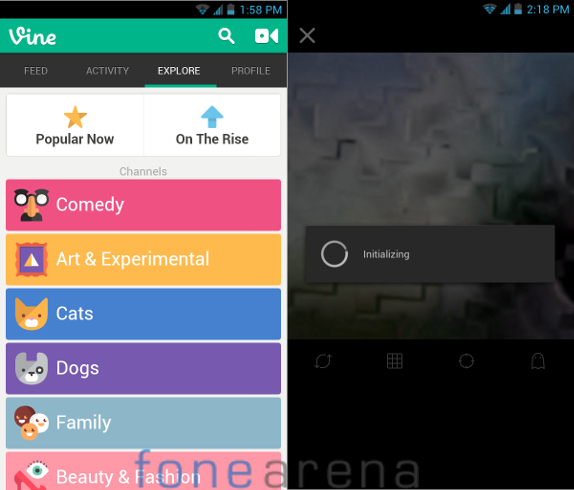 Vine for iPhone got lot of features in an update last week. These features are now available for Vine for Android that brings new channels (up to 15 channels in the explore screen including comedy, music, nature and more with theme and Popular feed), Fast capture widget to capture something in one click directly from the home screen, Revining option (like retweet) to share other’s vines and more new features. The Vine app for Android got option to protect a post in a minor update recently.

This update also brings performance improvements. Download Vine for Android (4.0 or later) from the Google Play for free, if you don’t have it yet.