Motorola is all set to announce its next round of Android running devices. The company has partnered with Verizon and will be releasing the handsets as part of its Ultra series. In addition to the regular handset, we should also expect to see a MAXX edition which will pack a bigger and hence thicker battery pack. Rumors suggest that a smaller M model of the phone will also follow. 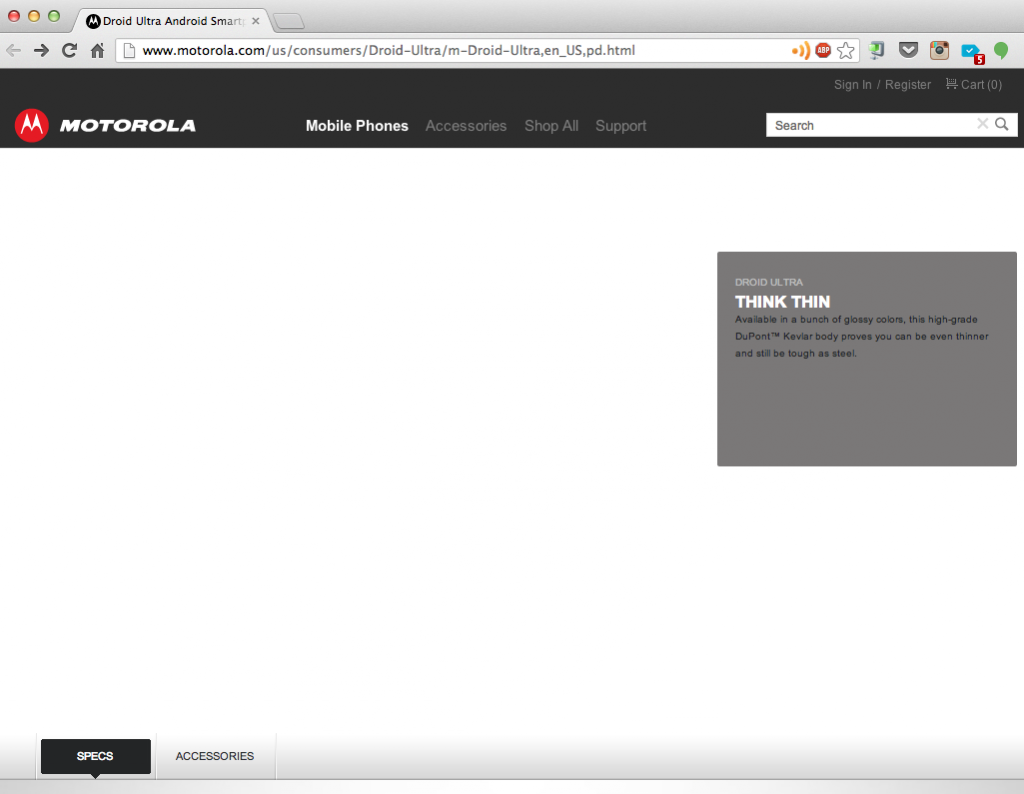 While details are still scarce, a landing page has surfaced on Verizon that should give us some more information. If the work in progress page is to be believed then the DROID Ultra will ship in a range of colors and will employ DuPont Kevlar for construction which’ll make it impressively thin while being tough as steel. Motorola is expected to allow buyers to customize the oft rumored Moto X. We believe that the Ultra M may just be the Motorola X for Verizon. Do any of these devices sound interesting to you? Let us know in the comments below!