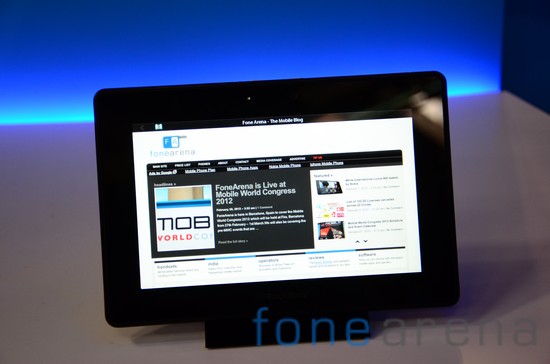 Both the BlackBerry 10 and the PlayBook OS are based on the QNX operating system. Thorsten Heins added that the tablet would not get the BlackBerry 10 update due to performance and user experience concerns. The company did not discuss the long-term future of the PlayBook, but it said they would continue to support the tablet’s existing operating system. During the Quarter the company shipped just 100,000 BlackBerry PlayBook tablets.