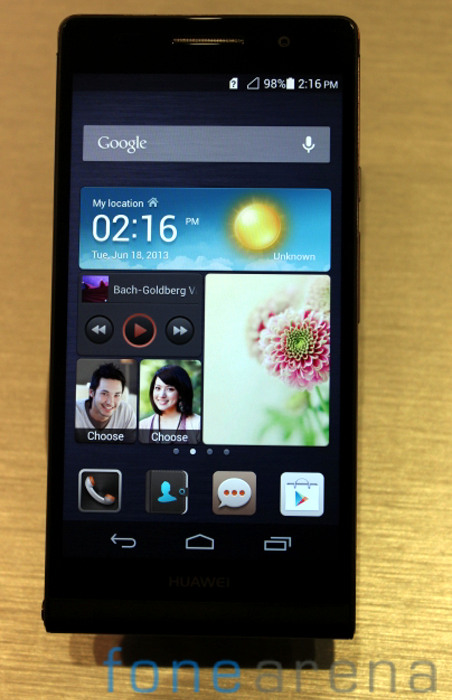 In London earlier this week Huawei unveiled their latest Android smartphone, the Ascend P6. The announcement of the Ascend P6 took place on 6.18, a significant date for Huawei’s latest device. Let’s take a closer look at the Ascend P6. 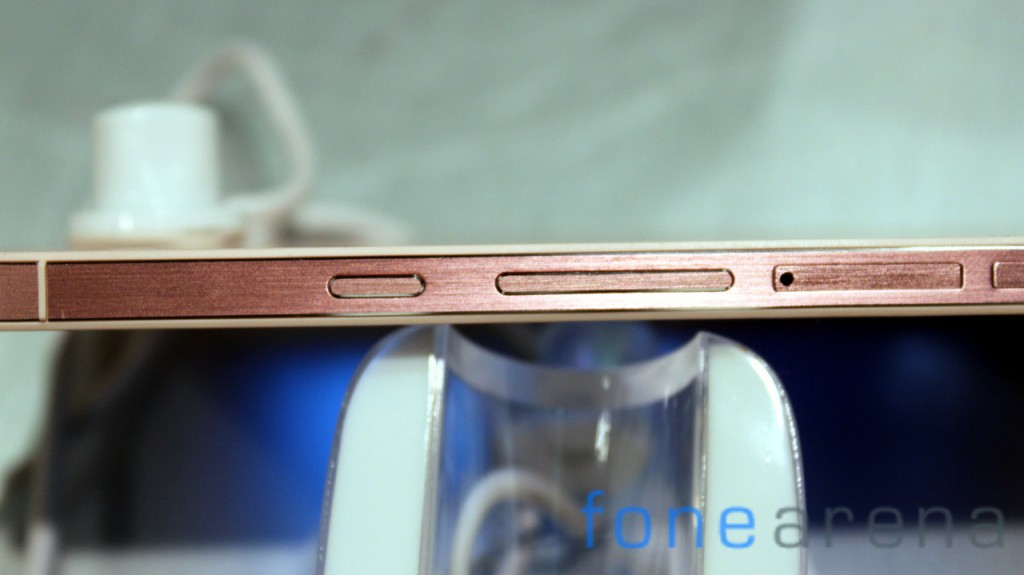 6.18 is not only the date that Huawei unveiled all – it’s also the thickness of the world’s slimmest smartphone. Clearly size matters with the Huawei Ascend P6 and the Chinese manufacturer has managed to fit a lot of technology into the super slim profile. 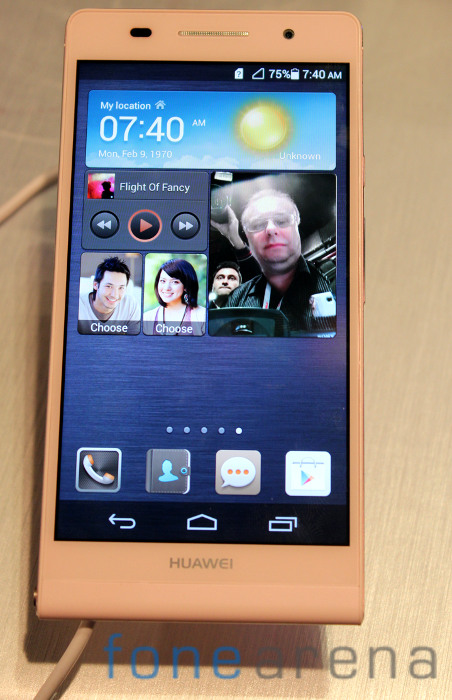 Up front is the 4.7 inch 720p HD in-cell LCD touchscreen display, which sports 720 x 1280 pixels resolution and a pixel density of 312 pixels per inch. The bottom of the screen features the three on-screen capacitive buttons whilst above the screen is the 5 megapixel front-facing camera and an array of sensors. 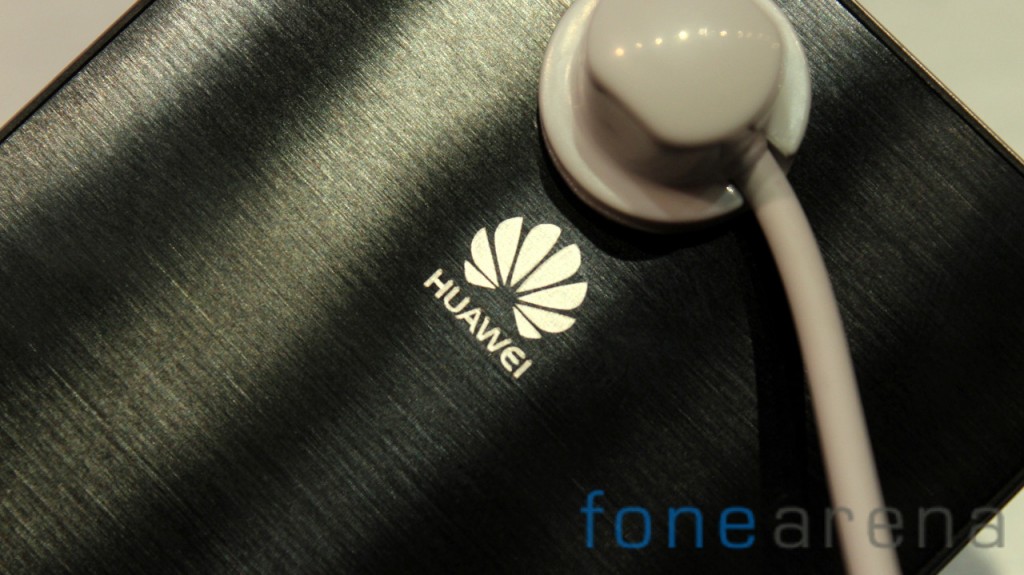 The slim profile still allows the Ascend P6 to sport a 2,000 mAh battery but Huawei haven’t revealed any official stats regarding battery use and possible battery life. The Ascend P6 will come in both dual-SIM and single-SIM options with the dual-SIM variant likely to last a little less than its single-SIM cousin. 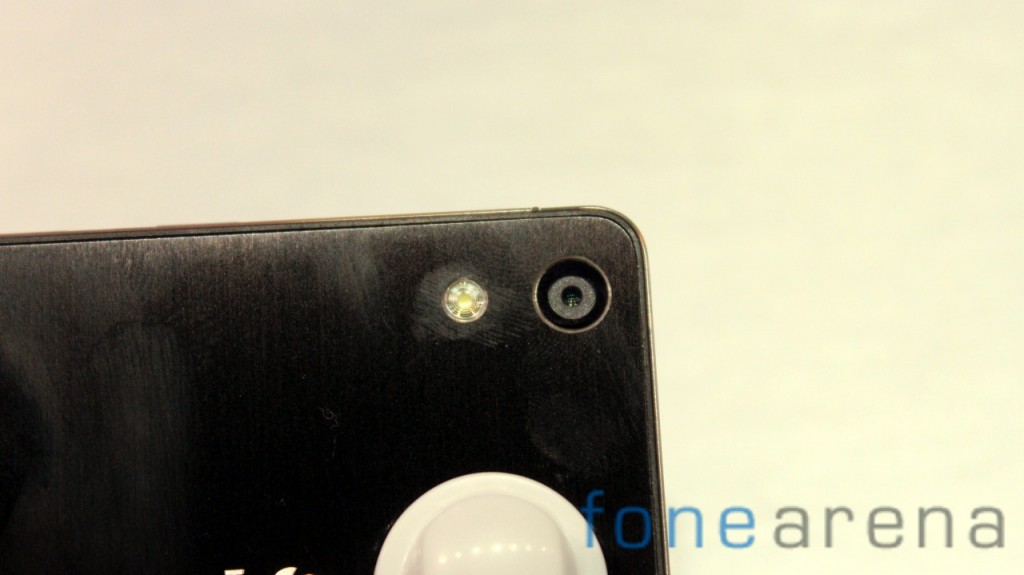 On the back of the Ascend P6 is the 8 megapixel BSI sensor with f/2.0 aperture and 4MP macro view. The camera can record Full HD 1080p video and comes with a quirky new feature called Beauty Level. Beauty Level, which works best with the front facing camera, allows you to adjust the “beauty level” of a person in the photo and Huawei claim it can make you look up to 10 years younger. 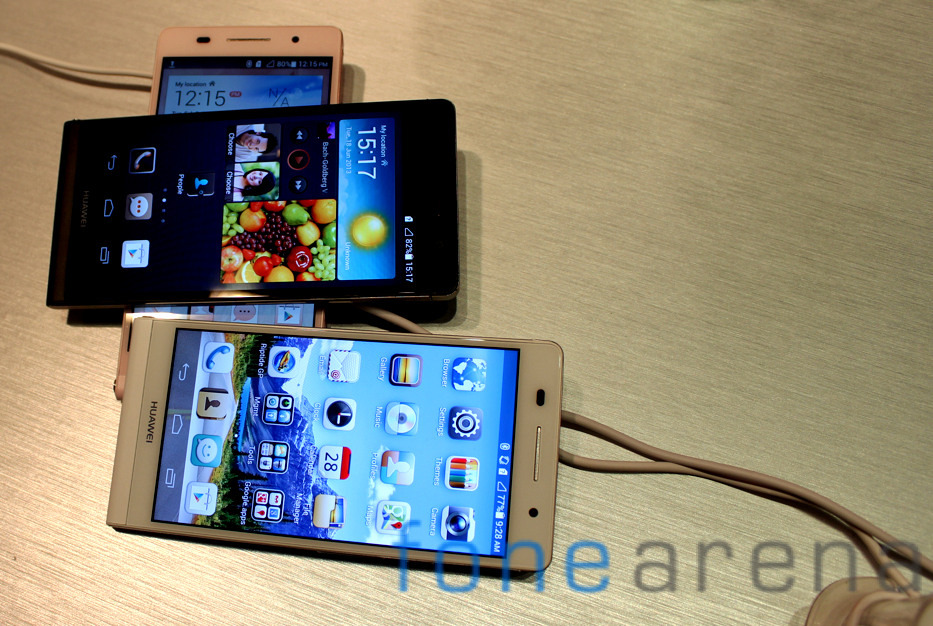 The Ascend P6 launch also saw Huawei unveil their new Emotion UI (EMUI) Android skin and during the post-conference Q&A, Huawei’s Richard Yu confirmed that the new EMUI will come to existing Huawei devices, such as the Ascend Mate and Ascend P2. 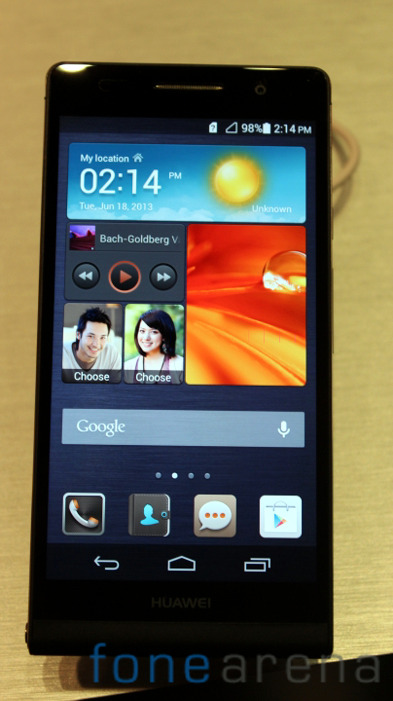 The new UI comes with a range of additional software features such as a new Power Management tool, redesigned user interface and Permissions Manager. The Permissions Manager allows users to specify which applications can access mobile data, which is especially handy for users who are roaming out of their home market. Emotion UI also comes with an all-new Me widget, which is a collection of widgets within a single widget container. The Me widget only had a few available widgets (Clock, People, Weather and Music) available at the launch event but it’s likely that more will be available in the coming weeks and months. 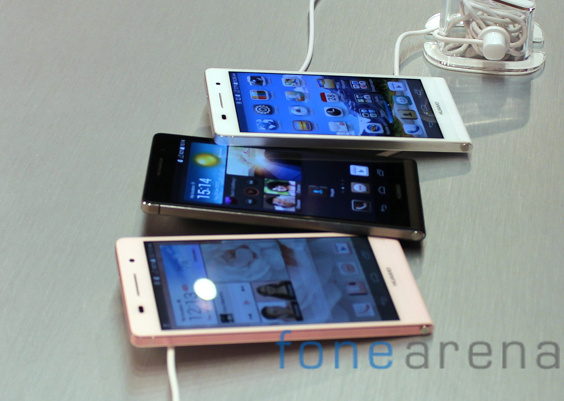 The Ascend P6 isn’t the most connected smartphone on the market – expected to launch for €449 before taxes and subsidies, it’s chief rivals will be handsets capable of Dual-Carrier mobile data and 4G LTE. However, a quad-core 1.5 GHz CPU, 2GB RAM, 8GB ROM and a microSD card slot (single-SIM version only) are very good specs, especially with a handset that is extremely slim and light.

The Ascend P6 will go on sale in China today and in a few selected markets around the world next month. This will then be followed by up to 100 additional countries during August and onwards.