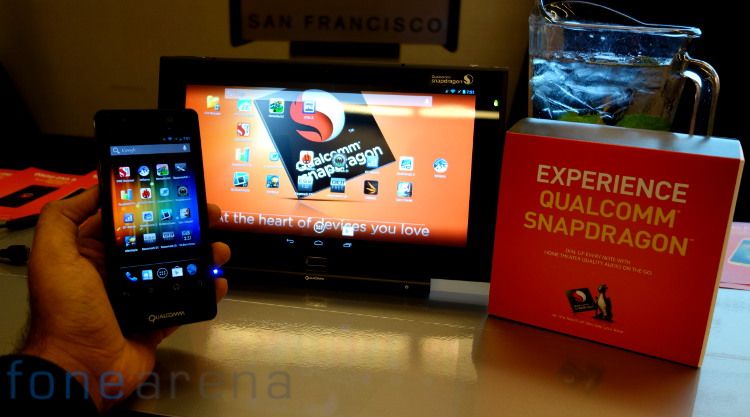 We are here in San Francisco on invitation from Qualcomm to benchmark their Snapdragon 800 processor (MSM8974) which features a 28nm HPm quad core Krait 400 CPU capable of running at 2.3 GHz per core and the new Adreno 330 GPU. It is expected to be the fastest mobile processor in the market and even beat the Samsung Exynos 5 Octa and Qualcomm’s own Snapdragon 600 processor in terms of benchmarks and performance. Dive in and take a look at the jaw dropping numbers in the Benchmarks. 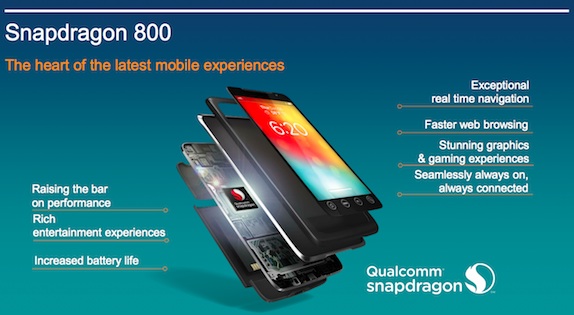 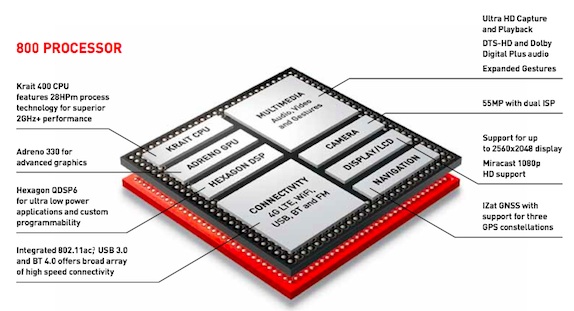 The Snapdragon 800 series was announced at the CES 2013 earlier this year. Recently Qualcomm announced the support for Windows RT 8.1 tablets. 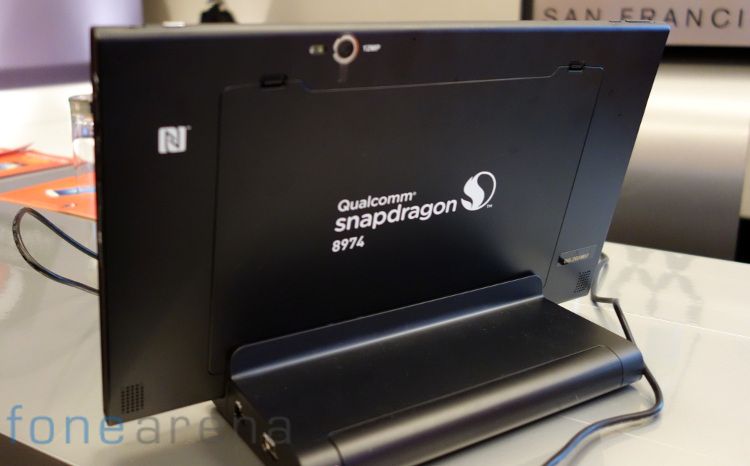 Here are some benchmarks we ran on the Snapdragon 800 reference devices at the event.

The Snapdragon 800 scores 21661 in Quadrant  and is almost 1.7X faster than the Snapdragon 600 processor and it manages to even beat the Samsung Exynos 5 Octa processor which has 2 quadcore processors. It is amazing to compare the performance to Qualcomm’s Snapdragon S4 Pro or APQ8064 which they let us benchmark last year. It is almost 3X-5X in terms of the Quadrant score. 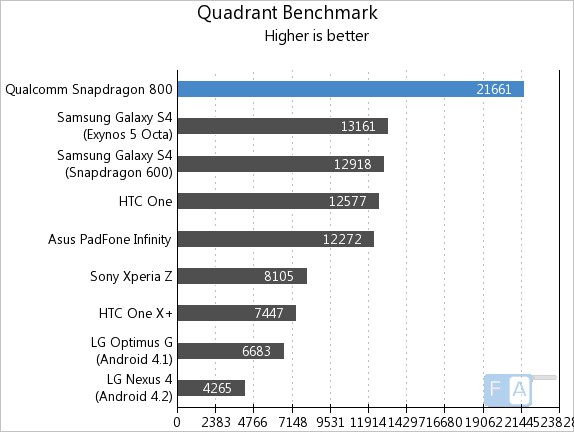 The Snapdragon 800 comes out at the top yet again in the AnTuTu benchmark test and is over 8000 points ahead of the previous leader in the test – the Exynos 5 Octa. 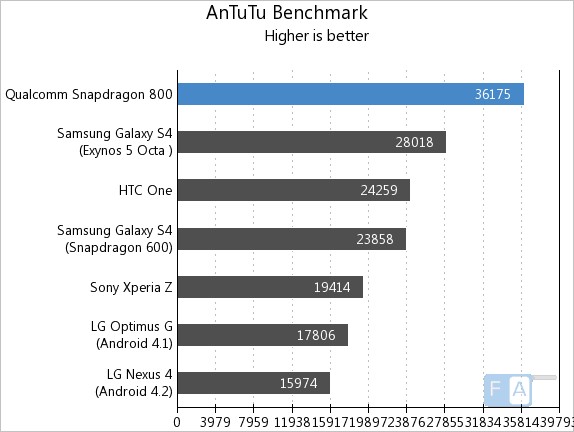 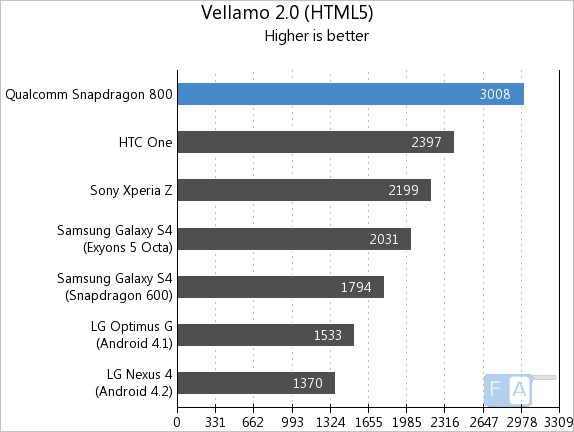 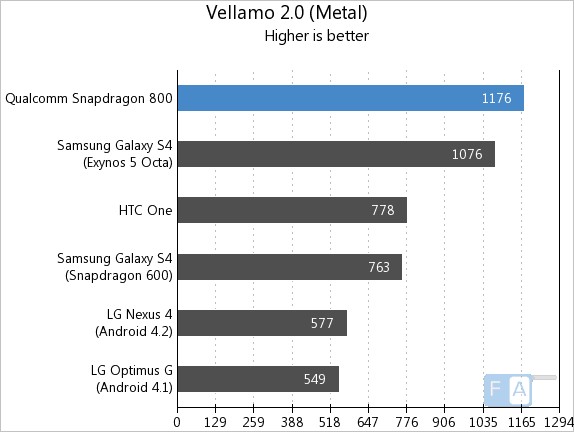 This is a benchmark which indicates Javascript performance. Here is the Snapdragon 800 on the top of the chart in both the Single thread and Multi- thread tests. 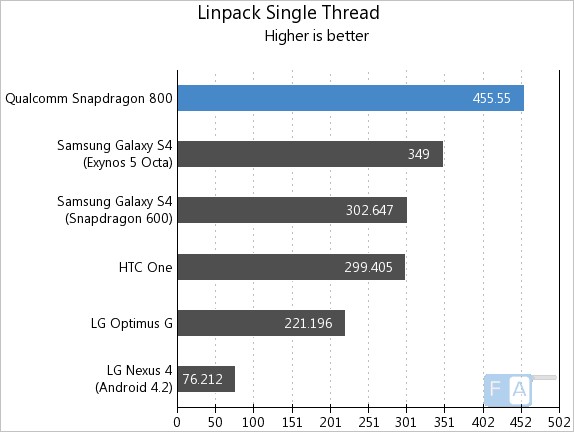 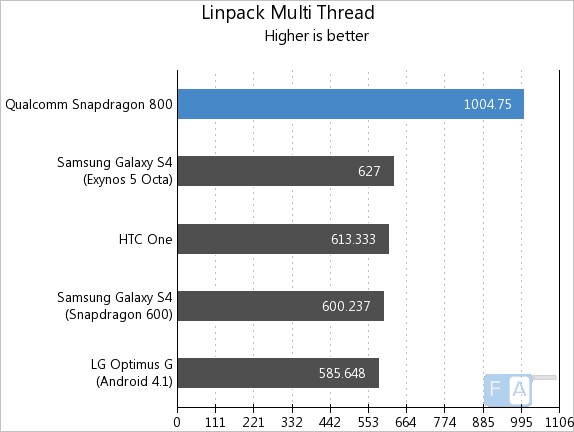 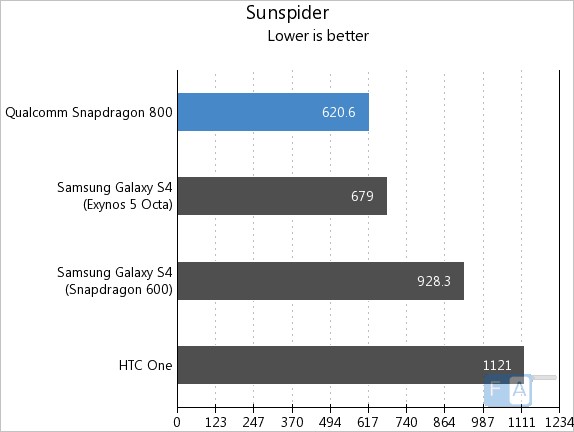 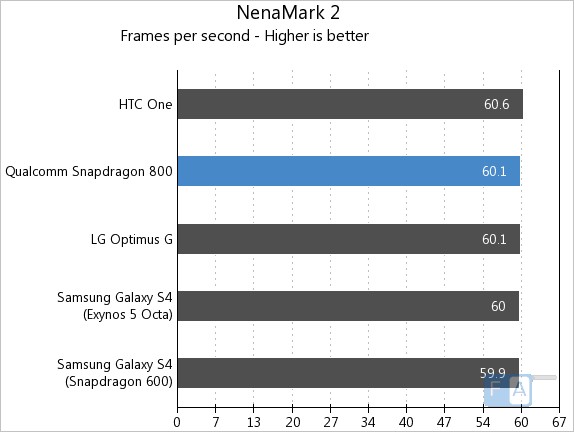 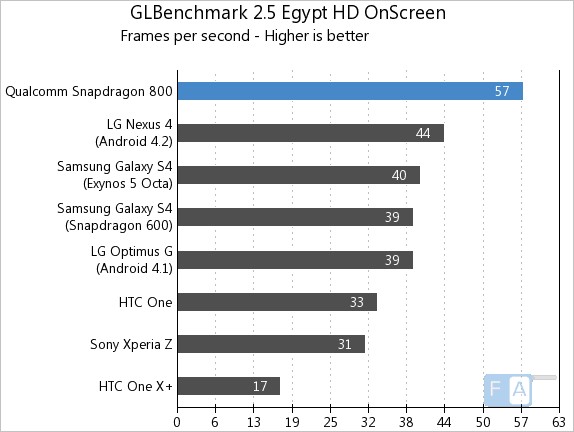 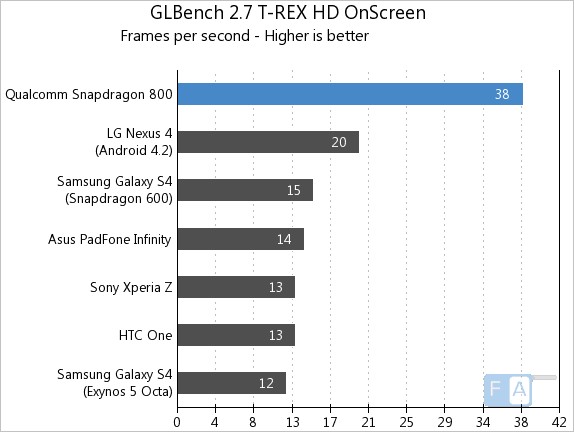 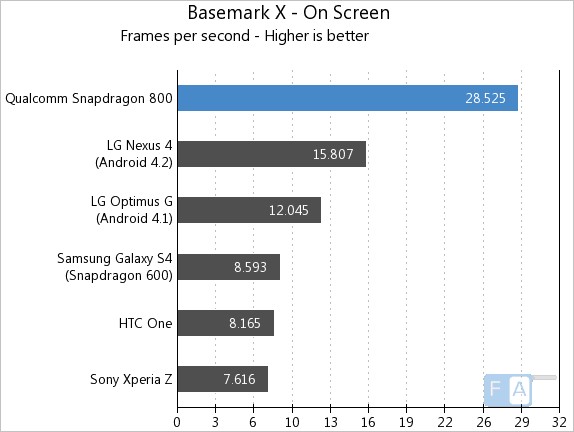 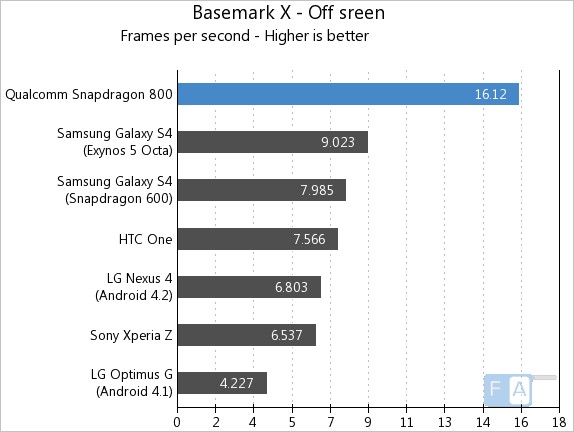 Again the graphic performance is exceptional compared to other devices. All these values are tested on Snapdragon reference smartphone, so the values for tablets would differ. You can check the screenshots with the benchmark scores including some that are not in these graphs in the gallery below.

While the devices we played with were not commercial devices, Qualcomm told us that commercial devices will have performance pretty close to what we saw today in these tests. On that note Snapdragon 800 looks super powerful and we are curious to see how device makers would tap the potential of the newest dragon in the Snapdragon family.It looks like one of the most powerful chips to come out from Qualcomm and it would be interesting to see how real world battery life is on devices powered by this chip.