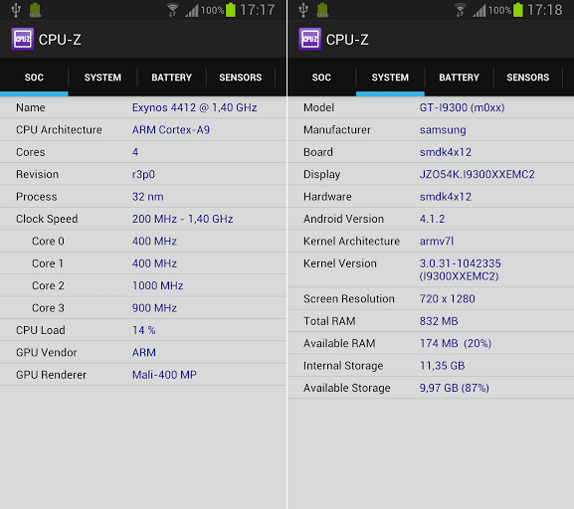 CPUID has released the CPU-Z, popular PC/Windows CPU Identification for Android. This shows SoC name, architecture, clock speed for each core, Battery info, Sensors and more for your Android device. Senors tab is one of the most useful feature that lets you find the number of sensor on your device. It works on Android devices running on Android 3.0 or above. CPUID says that the interface (tabs + swipe) requires Android 3.0, hence the restriction.

The app is still in Beta stage so this might have some bugs. You can reports those from the about page in the app. In the settings you have option to set battery temperature to Celsius or Fahrenheit.

Features of CPU-Z for Android

Download CPU-Z for Android (3.0 or later) from the Google Play Store for free.