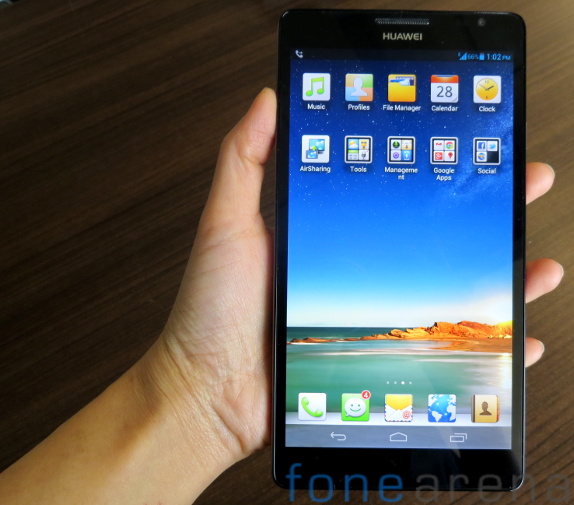 We already reported that the Huawei Ascend Mate would launch in India priced under Rs. 30,000. The phone has now been priced in India at Rs. 28,900 on online retail website Flipkart. The Ascend Mate has a 6.1-inch 720p display, powered by a 1.5 GHz quad-core Hi-Silicon K3V2 processor and runs on Android 4.1 (Jelly Bean)  with Huawei’s EmotionUI 1.5 on top. It is 9.9 mm thick and weighs 198 grams. It has a 8-megapixel rear camera with LED flash and a 1-megapixel HD front-facing camera. 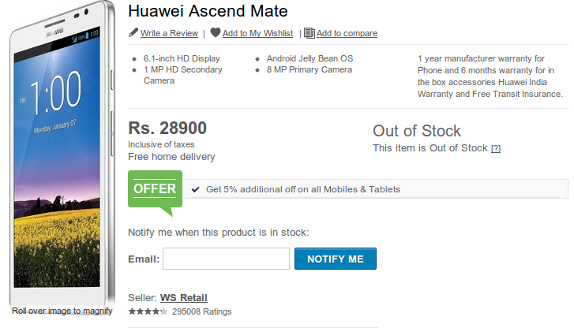 Even though the Huawei Ascend Mate has been priced on Flipkart, it is currently out of stock. Also this might not be the final price of the device. The phone is expected to launch later this month, so we can expect it to go on pre-order soon.