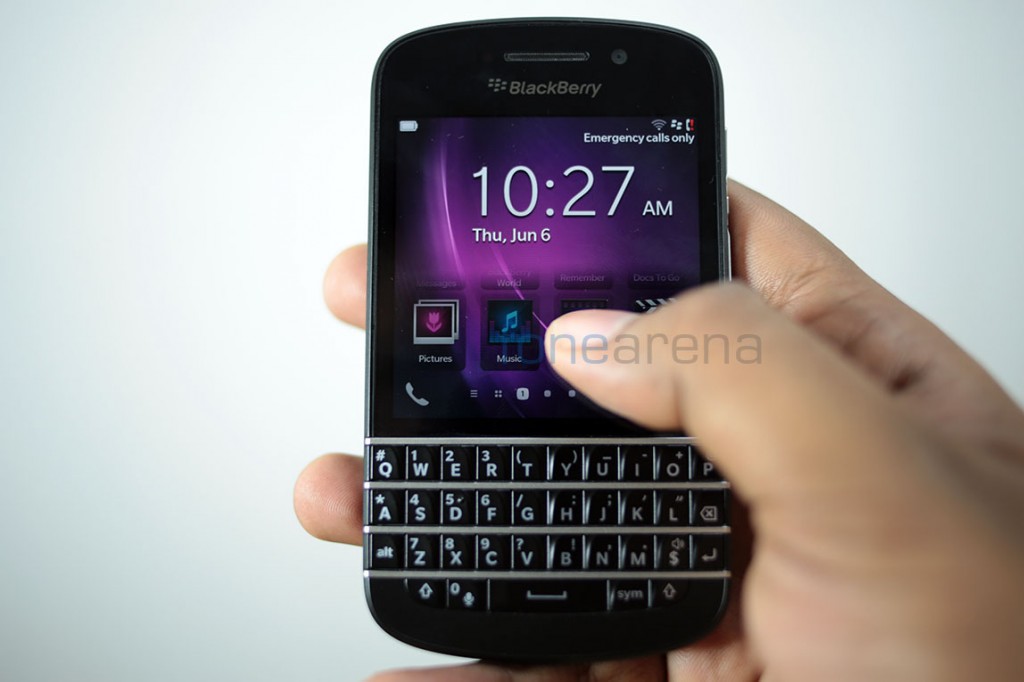 BlacBerry has finally launched the BlackBerry Q10, their first BlackBerry 10 smartphone with a QWERTY keyboard in India as we reported recently. It was announced back in January. It comes with a 3.1-inch (720 x 720 pixels) Super AMOLED capactive touch screen display at 330 PPI pixel density which is the  largest ever on a BlackBerry QWERTY smartphone.  It has a 35-key QWERTY physical with wider layout and larger sculpted keys. It is powered by a 1.5 GHz dual-core  processor, packs a 2GB RAM, 16GB of inbuilt memory and supports microSD cards upto 64 GB.

The BlackBerry Q10 is priced at Rs. 44,990. It comes in Black and White colors and would be available from tomorrow across India.