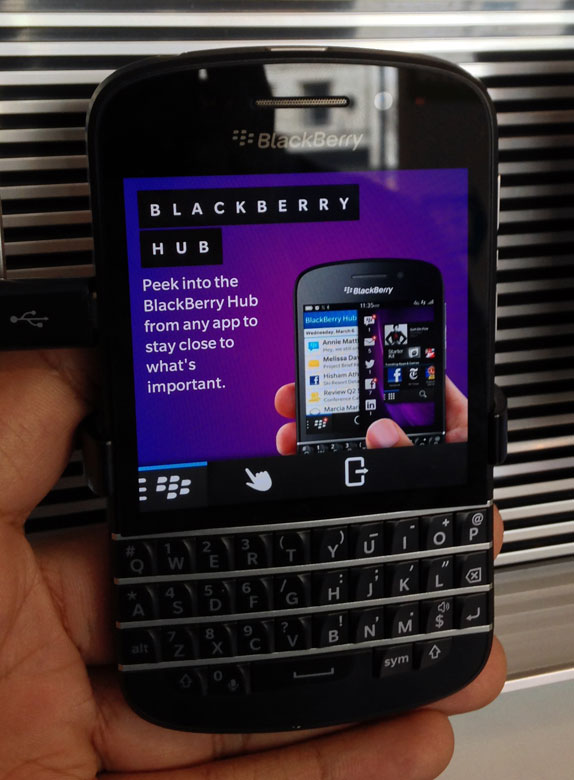 In terms of specs the Q10 packs a 3.1 inch AMOLED display and the iconic BlackBerry keyboard . There is an 8MP camera on the back capable of 1080p video capture . There is 16GB of inbuilt memory along with a microSD card slot.It is powered by a dual-core processor and packs 2GB of RAM  and a 2100 mAh battery. 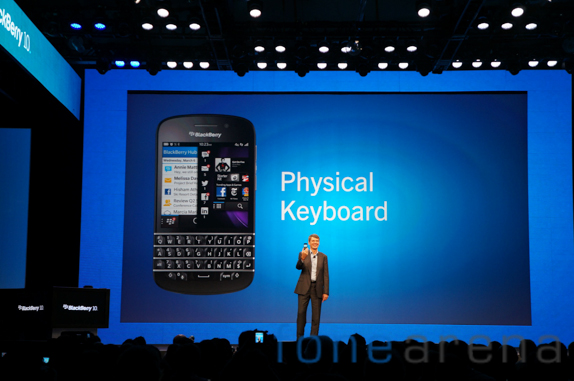 BlackBerry is famous for its QWERTY keyboard and many users were disappointed when the company announced the Z10 which is a full touchscreen device.But BlackBerry CEO Thorsten Heins did confirm that the Q10 with a QWERTY keyboard was coming later this year.And now there is good news for all the QWERTY  Keyboard  lovers in India ! The Q10 is hitting India soon. No word on the pricing yet but we expect it to be priced similar to the Z10 in the Rs.35000-40000 range. If you are looking for cheaper BlackBerry 10 device , you might have to wait a little longer for the Q5.