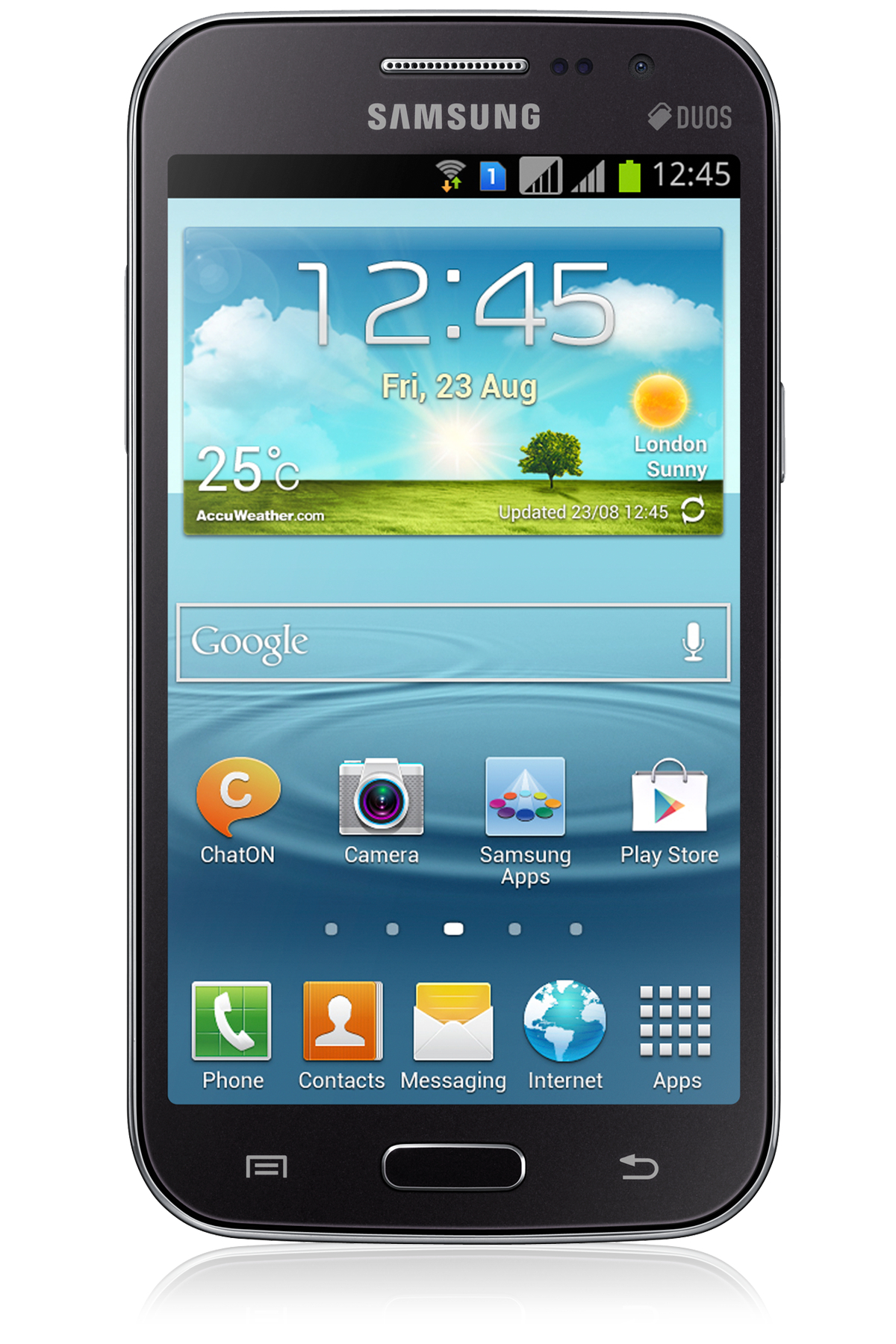 Having launched the Galaxy Win elsewhere, Samsung, in its own tradition, has renamed the same device to Samsung Galaxy Grand Quattro for the Indian market and is now available from the Samsung India eStore for Rs. 16,900/-. Sporting a 4.7 inch display with WVGA resolution and sporting near-similar specs to the Grand Duos, this dual SIM Android 4.1 Jellybean phone is squarely aimed at competing with the various budget Android manufacturers in India who offer bigger screens for cheaper prices. Currently retailing at Rs. 16,900/- this phone will be available in two colours, black mist and frost white.

The phone has some pretty decent specs and sports a quad core Snapdragon 200 processor, hence the surname “Quattro” to indicate that this is a Galaxy Grand, but with a quad core processor. Seems like the device’s only aim is to ward off on-paper spec battles even though the Cortex A5 processors, even if they are quad core, offer inferior performance to the dual core one on the Galaxy Grand Duos. Well played, Samsung.