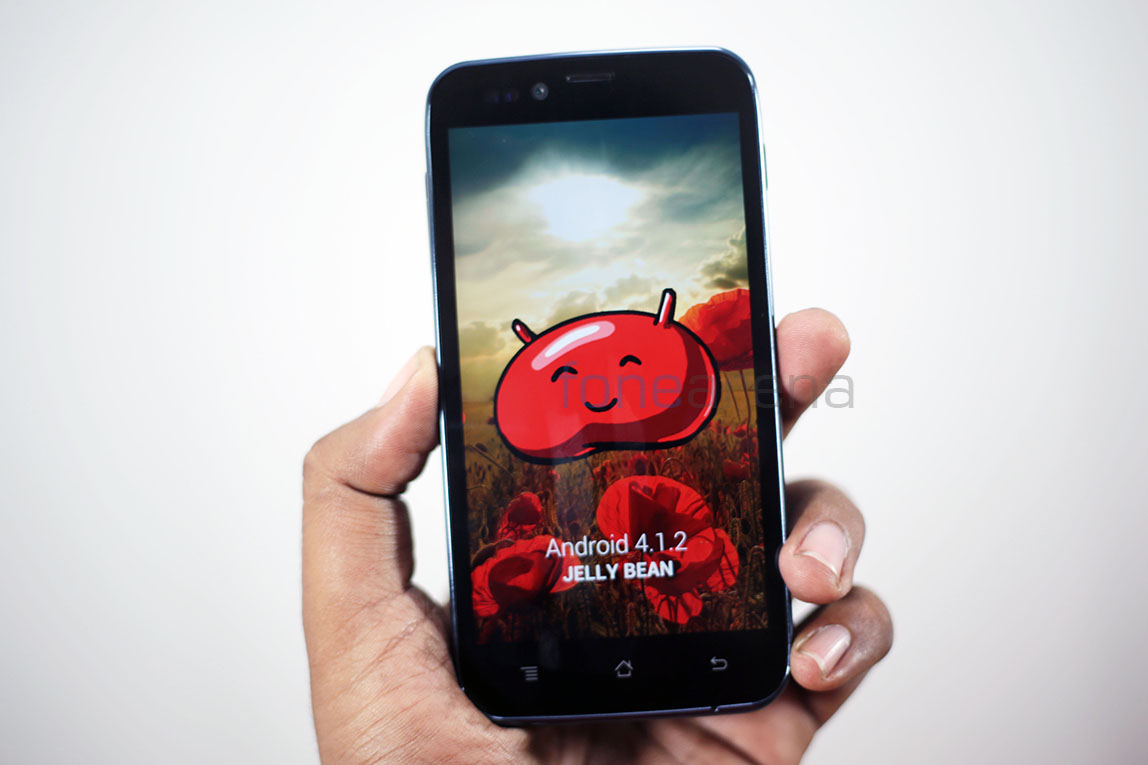 Note: Headphones are supposed to be present inside the box, ours must have been misplaced somewhere, sorry! 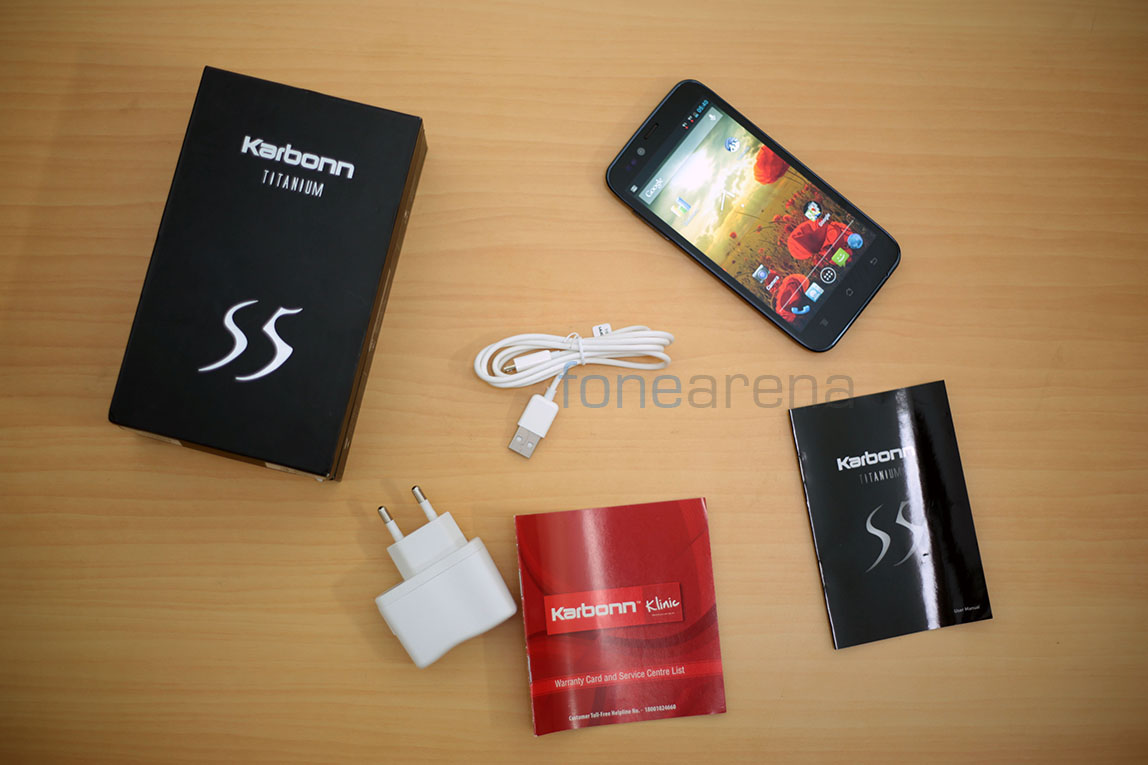 Inside the box, you have the phone, the 2000 mAH battery, the user guide, the warranty card and the usual travel charger and micro USB adapter cable. The Titanium S5 is pretty similar to the S1 in terms of specs, so take a look at the quick recap of the specs –

Regarding our first impressions, we feel that the display is quite nice, although a bit low on the pixel density. The build is fully plastic and the whole device is a ridiculous finger print magnet. The back and the placement of the buttons resemble the Samsung Galaxy devices, a lot, and that might or might not be a good thing for Karbonn. The Snapdragon S4 play chipset powers the device and we found the performance to be quite nice in our first experience. We will be publishing more about the Titanium S5, including benchmarks, gaming and the review, of course. Till then, hang on tight!