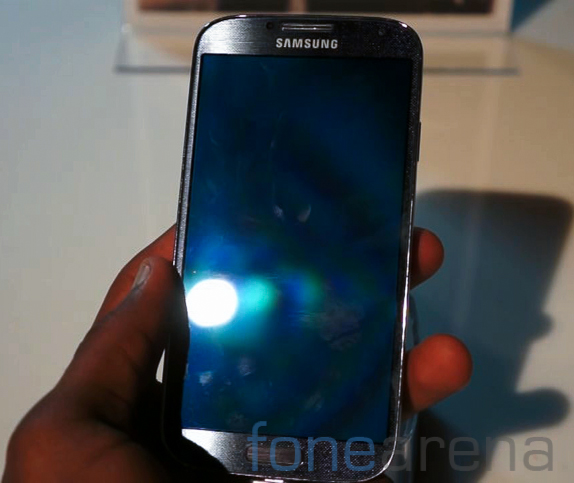 The Samsung Galaxy S4 might be coming to India as soon as April 27th. The Korean smartphone giant is gearing up to launch the Galaxy S4 in several countries across the world on April 26-27th. Samsung launched the much anticipated successor to the Galaxy S3 at a launch event in New York City last month . India is a key market for Samsung and would be getting the flagship Android device pretty soon. The S4 features a 5 inch display , quad-core or octa-core processor (depending on the market), Android 4.2.2 , 13 Megapixel camera, 2600 mAh battery and many other interesting features.

Regarding the pricing , Samsung is expected to price the S4 in the Rs.40000 price band  in India. It will be available in two colors – Black Mist and White Frost. Multiple sources we spoke to have confirmed the launch plans although there is no official confirmation from Samsung yet.

Interestingly the HTC One is also hitting India later this month for Rs.42900.

Check out our photo gallery of the Galaxy S4 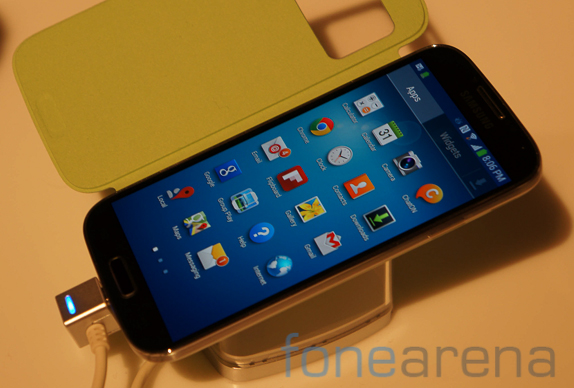 You can check out our hands-on video the S4

If you wish to know the differences between the  S3 and S4 head here to our comparison.

Are you looking forward to buying the Galaxy S4 ?