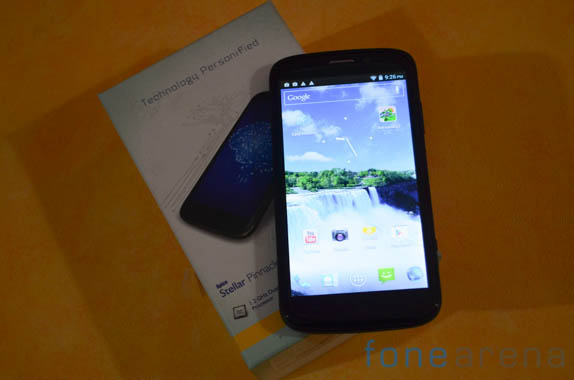 Spice has been introducing a range of innovative smartphones over the past few months in the entry level – mid range segment of Android devices. We’ve got the latest, Spice Stellar Pinnacle, in for review and decided to put it through its paces.

The Spice Stellar Pinnacle comes with all the essential in-box contents which includes a micro USB cable, charger and a case. 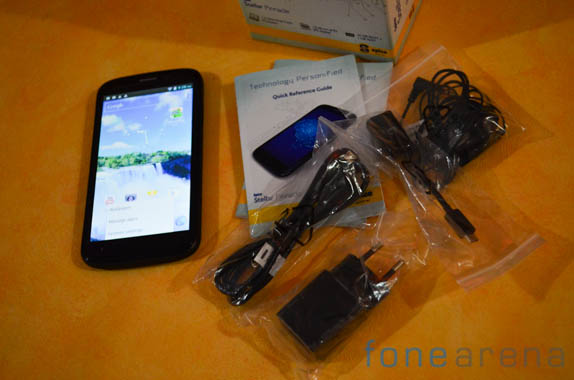 Spice tends to focus on hardware quality and that is something we’ve noticed once again in the Stellar Pinnacle. It might not have the highest end materials but what you get is a well built device which should be able to survive everyday wear and tear. 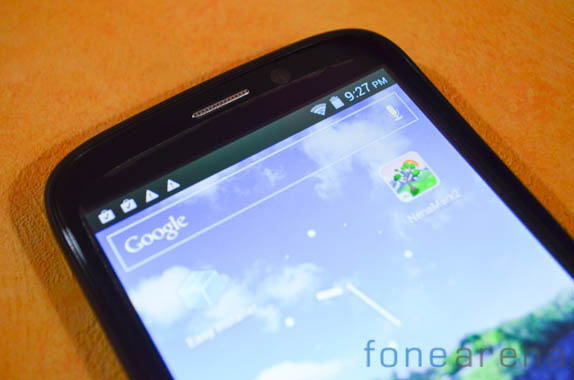 The front of the handset has a rather large 5.3inch display which is unfortunately let down by the resolution. With a resolution of just 960×540 (qHD) UI stretched over the 5.3″ screen real estate, UI elements tend to look rather soft. 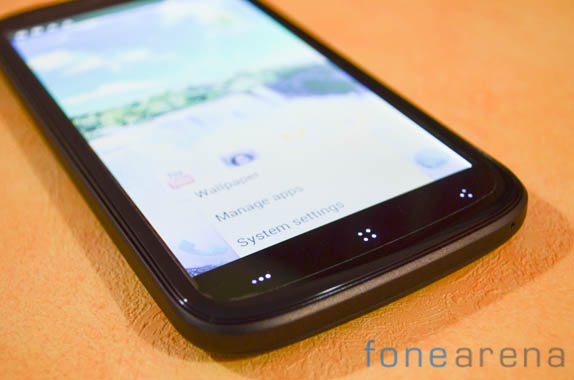 Below the display you can spot three capacitive buttons which correspond to the standard menu keys in Android. The lower edge is clean and does not sport any buttons. The usual microUSB jack and 3.5mm headphone port are located at the top of the handset. 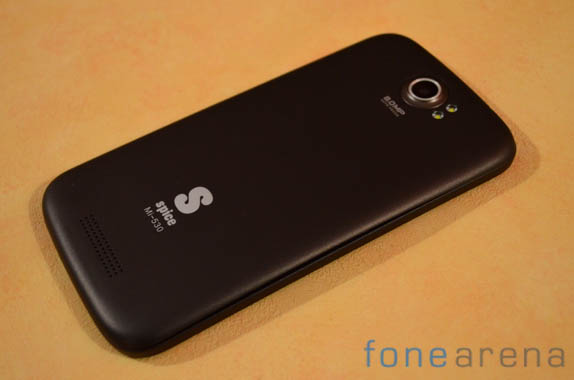 The right side of the handset sports the volume rocker and a much appreciated camera key. 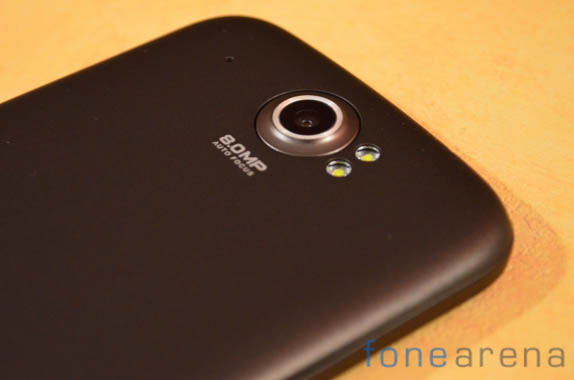 Over at the back we have the 8MP camera capable of auto focus alongside an LED flash. The phone can record video in as high as 1080p though the quality isn’t particularly great.

Moving on to the internals of the handset we see that it is powered by a 1.2Ghz dual core processor. The MediaTek chip is paired with 1GB of RAM which is about par for the course and should prove sufficient for the average user. 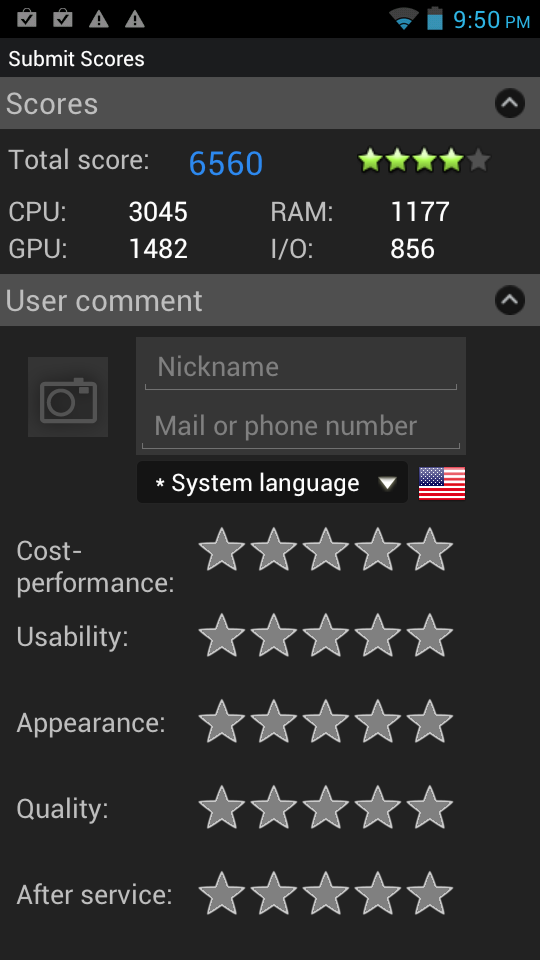 Performance is strictly average at the best and nothing worth writing home about. We’ve embedded benchmark figures below which should be a good indication of the performance which puts the phone right in the middle of the entry level models. 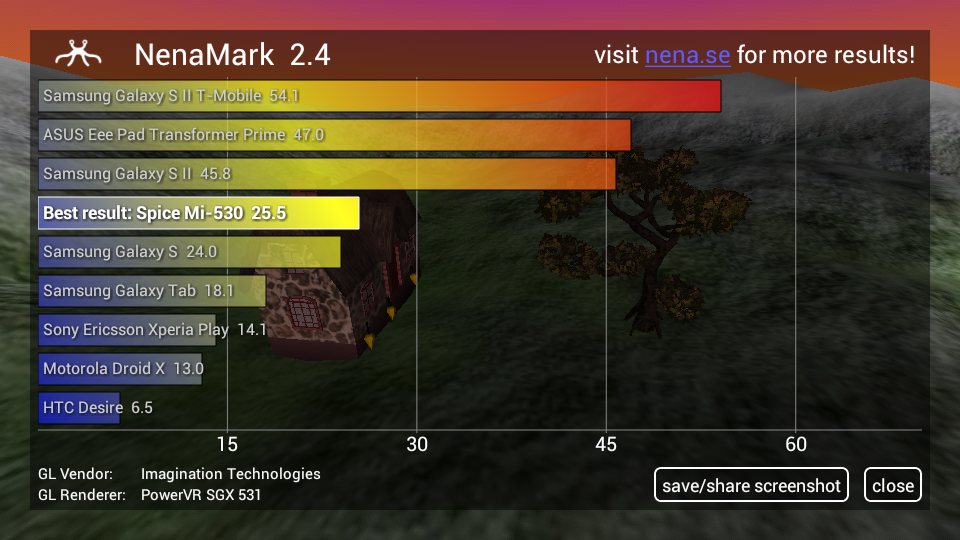 As mentioned above, the display is pretty unimpressive on the Spice Stellar Pinnacle. While sunlight visibility and contrast levels are quite decent, the resolution proves to be lacking. Text appears blurry and graphic elements don’t sharp enough. 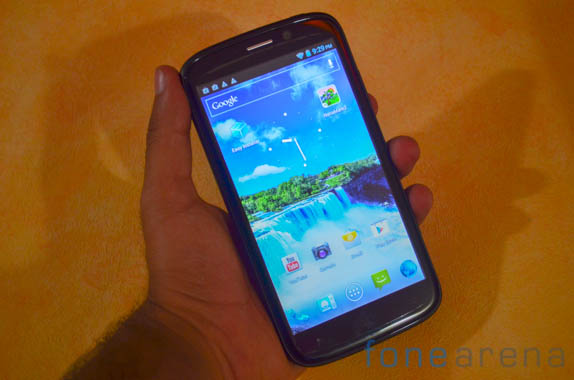 An 8MP camera can be found at the back of the handset. As you can guess by now, this too was an average performer at best. In fact we had serious issues with getting a focus lock with images consistently turning out blurry. 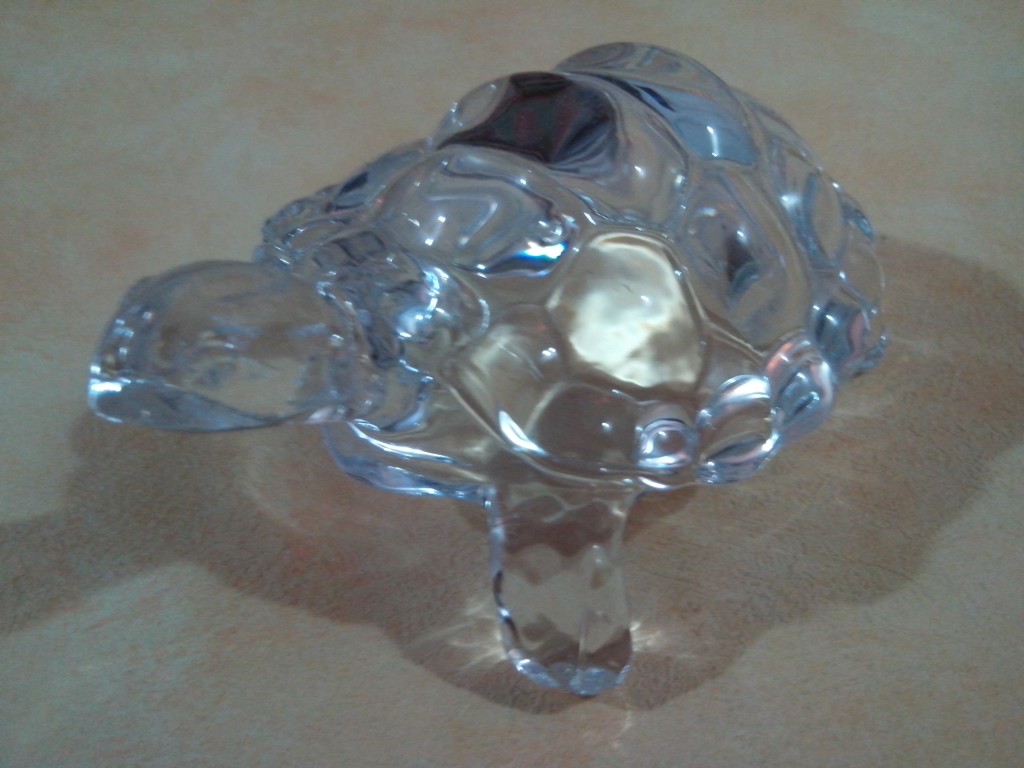 A good effort from Spice but the Stellar Pinnacle Mi-530 fails to impress. It has the hardware quality going for it but middling performance and a screen that is large in size but lacking in sharpness makes it a bit of a disappointment. 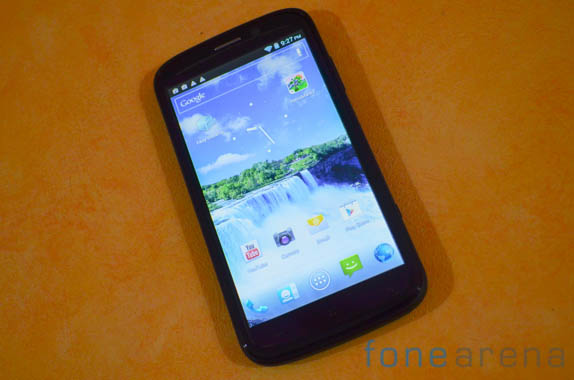