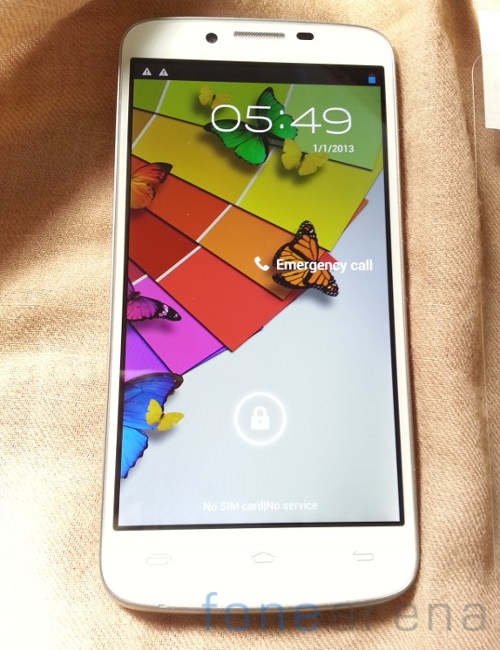 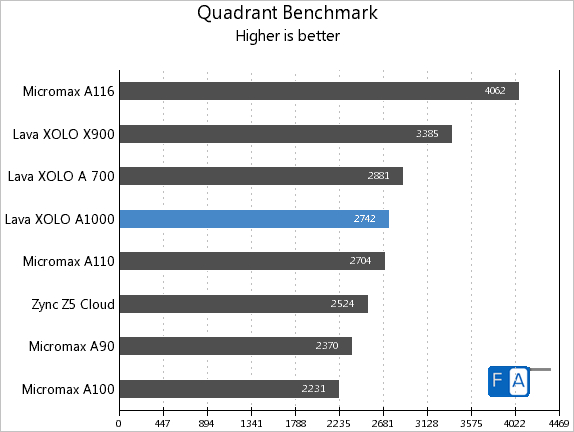 In the Quadrant Benchmark, the A1000 lies behind the A700 that is also powered by a similar MediaTek quad-core processor. 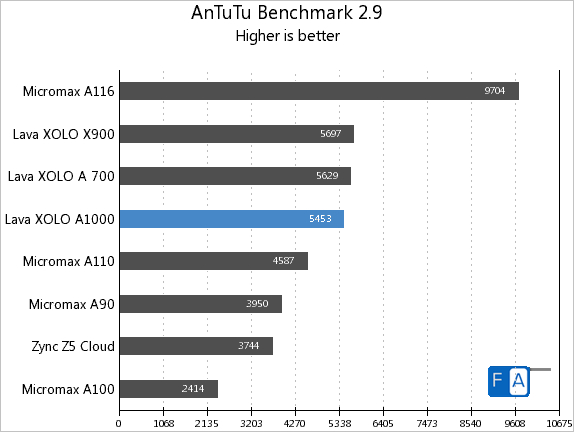 The Xolo A1000 lies in the same spot even in the AnTuTu benchmark. 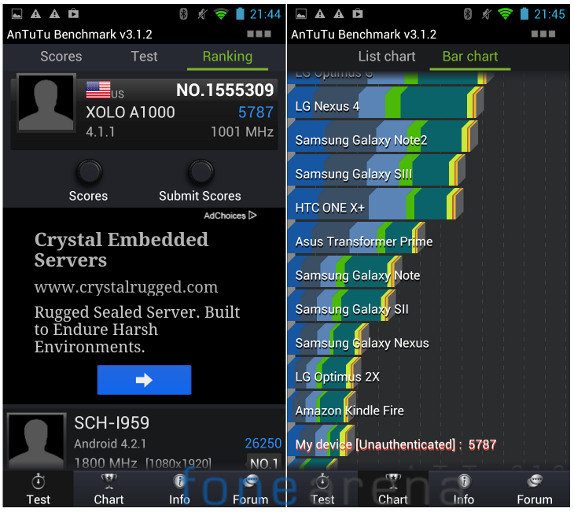 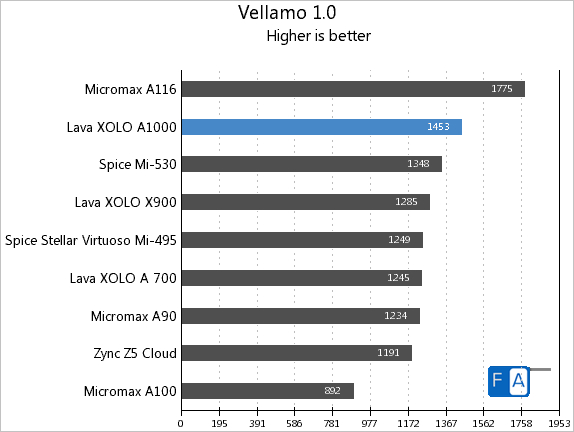 In the Vellamo 1.0 browser benchmark, the Xolo A1000 running Android 4.1 is right behind the Micromax A116. 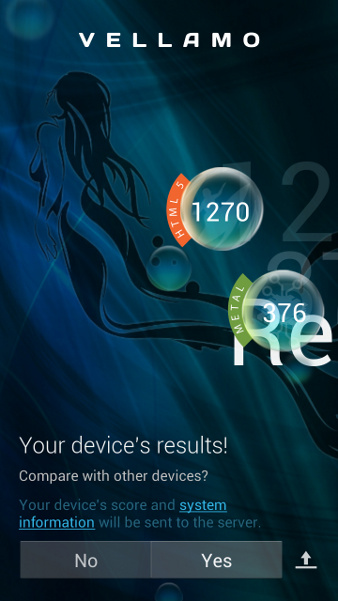 In the Vellamo 2.0 Benchmark, the device scored 1270 points in the HTML 5 test and 376 points in the Metal CPU subsystem performance test. 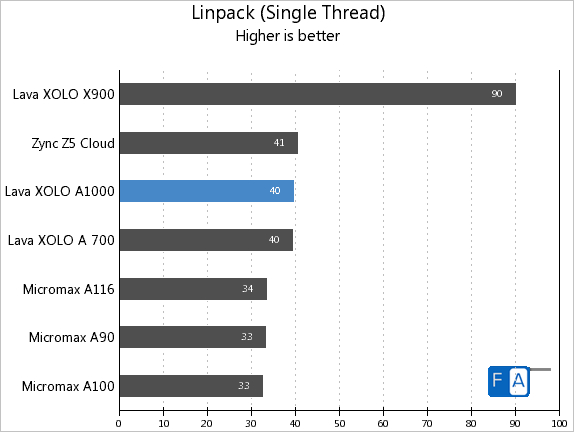 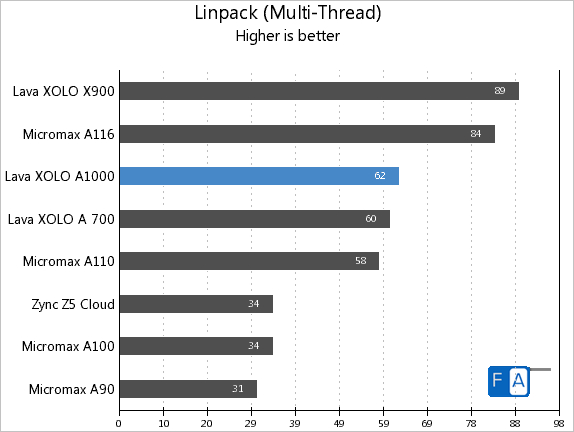 The Xolo A1000 is above the A700 in both the linpack single thread and multi-thread tests. 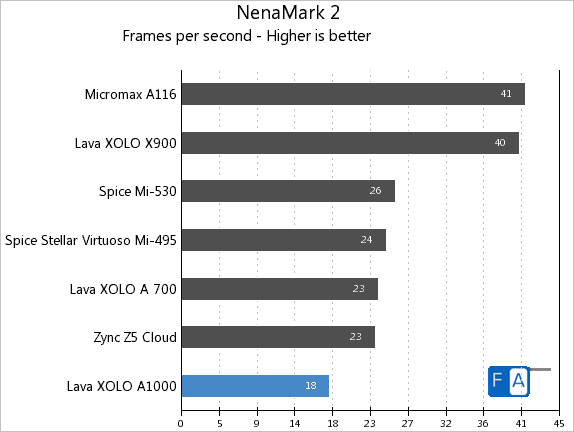 The device managed to clock just 18 fps in the NenaMark test. This might be due to the phone’s large screen and the performance mid-range PowerVR SGX 531 GPU. 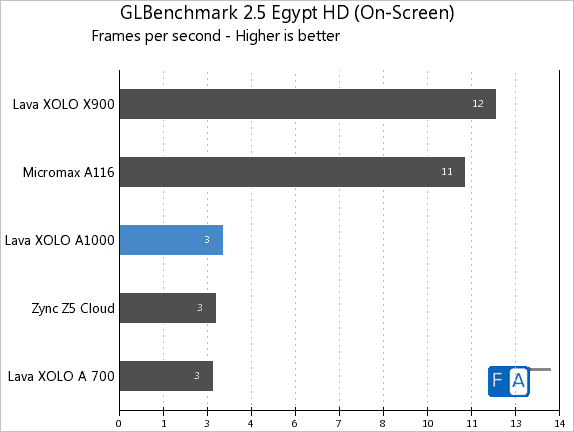 The performance is similar to the other phones with a similar GPU in the GLBenchmark 2.5 Egypt Benchmark. We will bring you the complete review of the device soon.