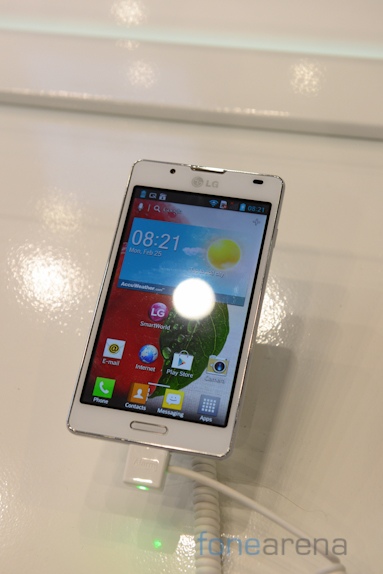 LG announced the Optimus L7 II, successor of the Optimus L7 last week. Here at the MWC 2013, we got our hands-on with the Optimus L7 II. This is a top-end device in the L Series range. It follows the same L Style design with new design elements with metal finish on the sides. 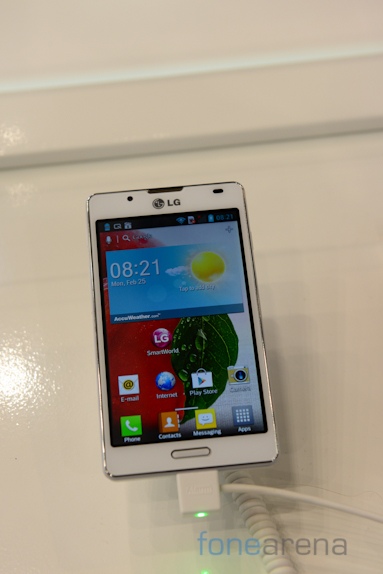 It has a 4.3-inch (800 × 480 pixels) capacitive touch screen IPS display and runs on Android 4.1.2 (Jelly Bean). It has a large home button at the bottom with capacitive touch buttons on either sides. 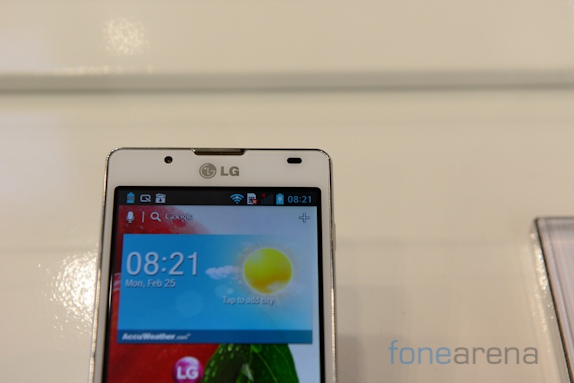 There is a VGA front-facing camera and the usual ambient light and proximity sensors at the top. 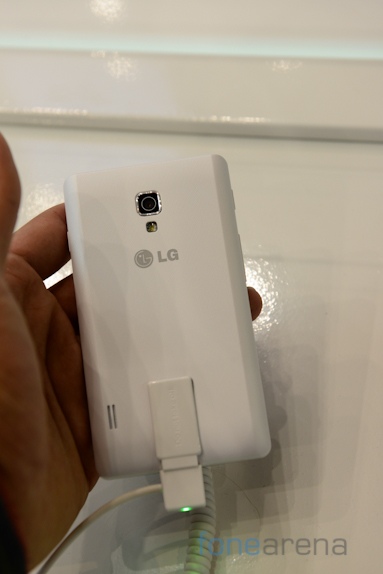 At the back there is a 8 Megapixel camera with 720p HD video recording and LED Flash. 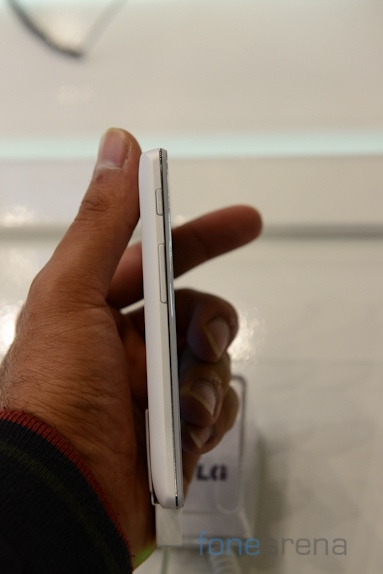 On the left there is a volume rocker. There is a dedicated Quick Button that lets you personalize a hotkey to launch any app such as the camera, browser, music player etc. It comes pre-loaded with QSlide and QuickTranslator apps. 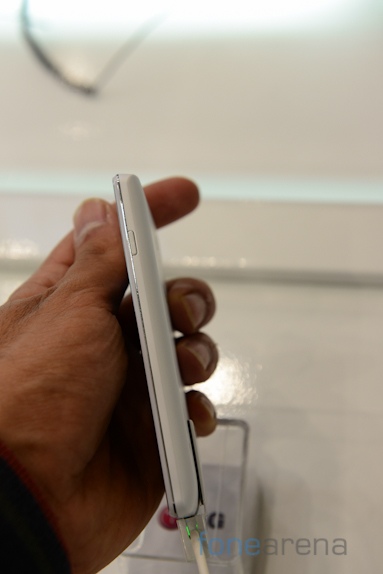 There is a power button on the right.  The device is 9.7 mm thick. 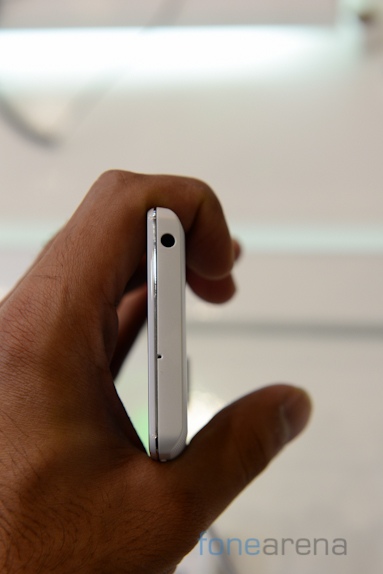 At the top there is 3.5mm audio jack and a secondary microphone. The micro USB slot is at the bottom. 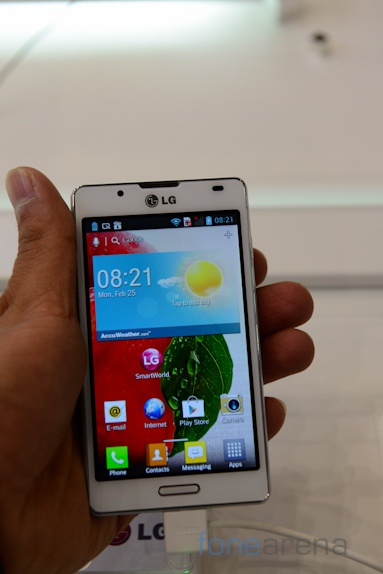