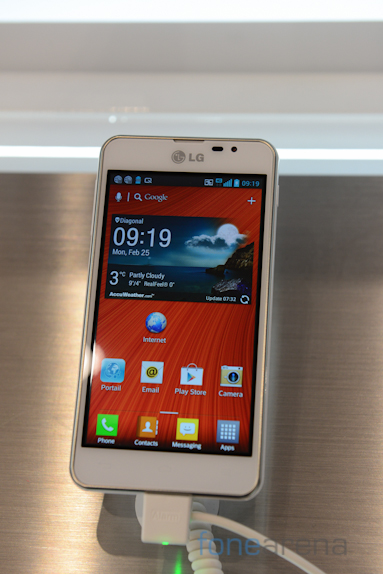 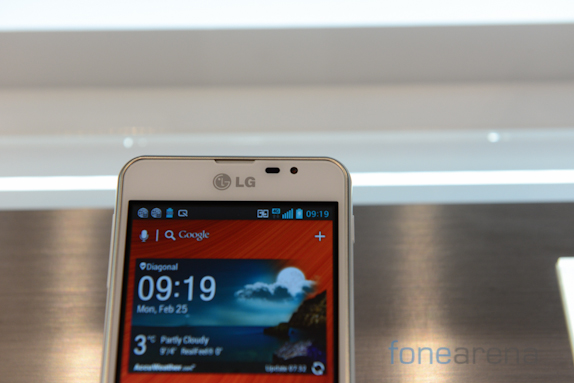 It has a 1.3 MP front-facing camera for video calls. 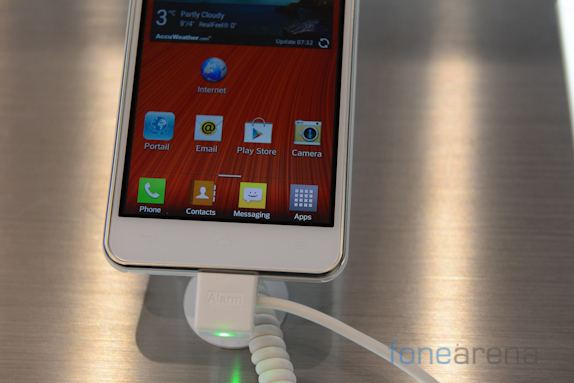 This comes with capacitive touch buttons without a home button unlike the Optimus F7. 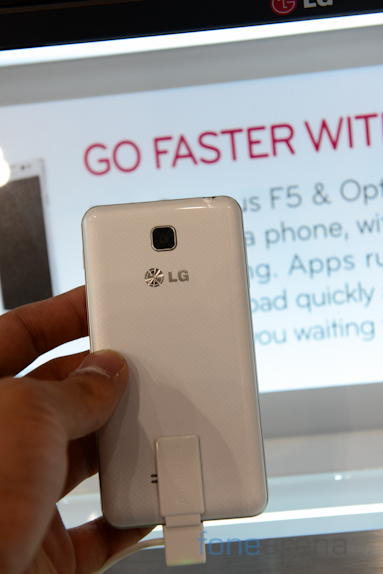 It has a 5MP auto focus camera at the back without Flash. 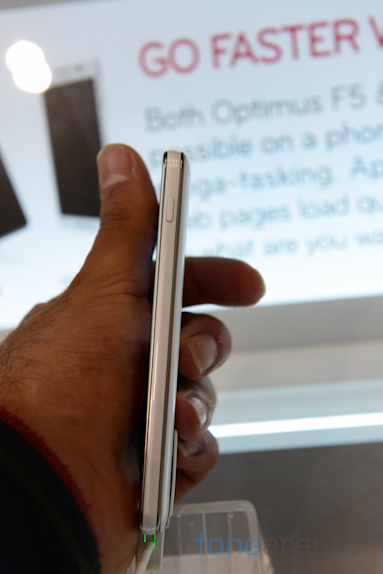 There is a power button on the right. 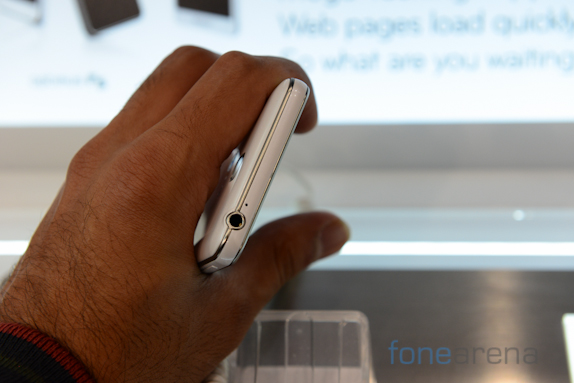 There is a 3.5 mm audio jack at the top and a secondary microphone. It packs a 2150 mAh battery. We got the White colors, and the phone also comes in Black color.

The features of the LG Optimus F5 are: