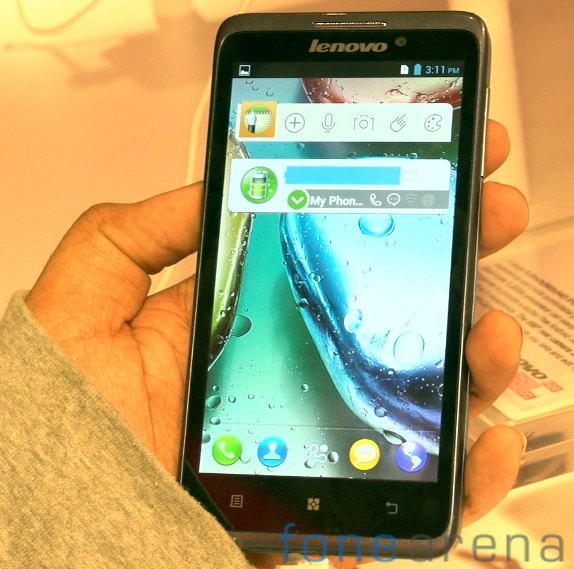 Lenovo unveiled range of Android smartphones at the CES 2013. We got some hands-on time with the IdeaPhone S890, the company’s high-end smartphone at CES. It has a 5-inch (960 x 540 pixels) qHD IPS screen with 178 degree viewing angle and the phone is 9.3mm thick. It is powered by a 1.2GHz dual-core MediaTek MT6577 processor and runs on Android 4.0 (Ice Cream Sandwich) with Lenovo’s custom UI on top. It also has dual SIM support with dual standby.

It has a 8MP camera at the back with LED Flash, 720p HD video recording, 0.3MP VGA front-facing camera.It has 1GB RAM, 4GB of internal memory and 32GB expandable memory with microSD. It comes with the usual connectivity options including 3G, WiFi 802.11 b/g/n, Bluetooth 3.0 and GPS. It has a 2250 mAh removable battery. 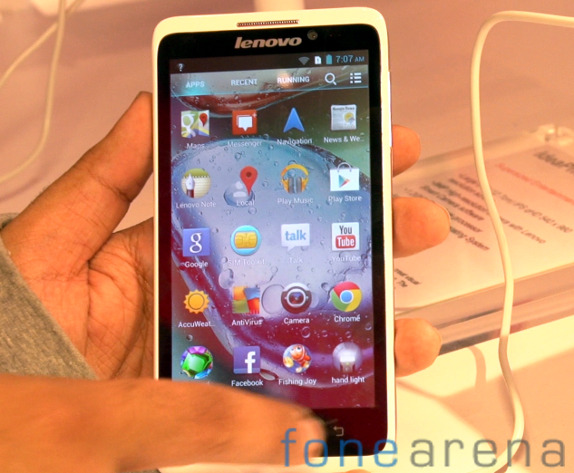 The Lenovo IdeaPhone S890 comes in Fresh White, Aurora Blue and Tourmaline Green colors. It would go on sale in China for 1990 Chinese Yuan (~US$321). Since Lenovo launched range of Android smartphones in India last year, we can expect the phone in India.

Srivatsan contributed to this report, with inputs from Shilpa and Parth