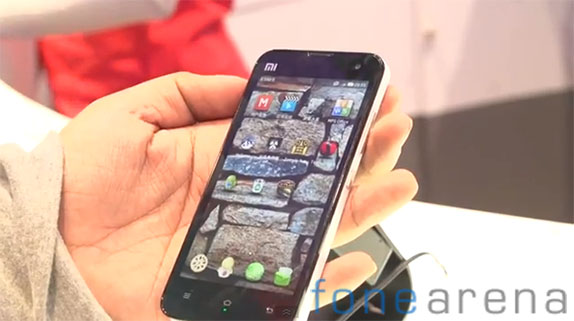 Long time back in August 2012, we had seen the Xiaomi MI-2 launch in China with it being the successor to the first MIUI phone, from the makers of the MIUI ROMs for Android. It has a 4.3-inch (1280 x 720 pixels) IPS display and is one of the first devices to pack the APQ8064 1.5 GHz Qualcomm Snapdragon S4 processor with Adreno 320 Graphics. It runs on the MIUI ROM based on Android 4.1.1 (Jelly Bean). We had some hands on time with the Xiaomi MI-2 at the International CES 2013 and here is a hands on video demo of it.

The Xiaomi MI-2 is the phone that runs on the MIUI ROM that’s been critically acclaimed of being one of the best looking Android ROMs on the internet. Here’s a quick look at the specifications of the phone.

In our experience, the blockbuster MI-2 phone from China is pretty good! What do you think? Let us know in the comments section below.

Bharadwaj contributed to this report, with inputs from Shilpa and Parth.