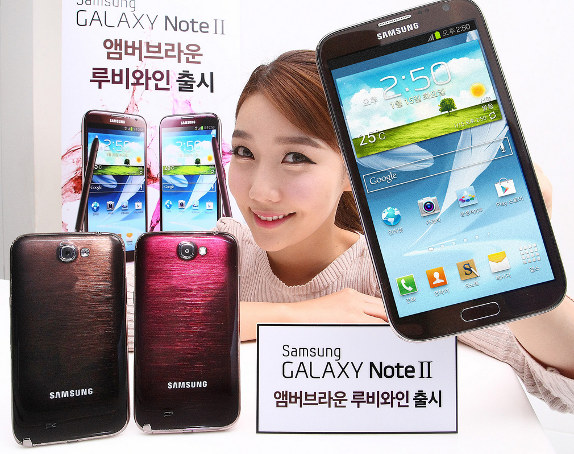 Samsung has launched the Amber Brown and Ruby Wine Galaxy Note 2 in Korea. Samsung launched the Black and Red Samsung Galaxy S3 in Korea earlier this month. These new colored phones would have these colors at the front and rear, along with a matching S Pen. 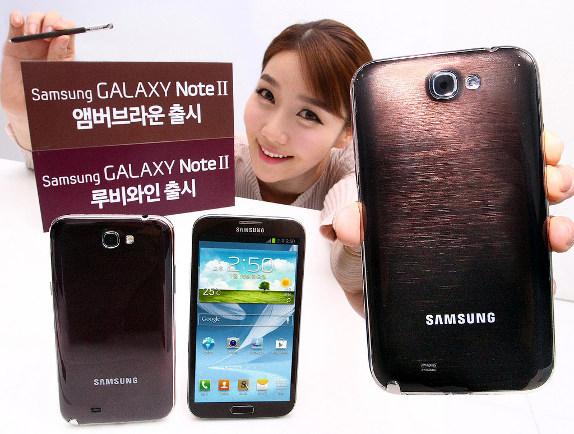 Other features would be similar to the original Galaxy Note 2. including a 5.5-inch (1,280 x 720 pixels) HD Super AMOLED display, 1.6 GHz quad-core Exynos processor, Android 4.1 (Jelly Bean) and a 3,100 mAh battery. These phones would go on sale in Korea next week through 3 major Korean operators SKT, KT and LG U+.