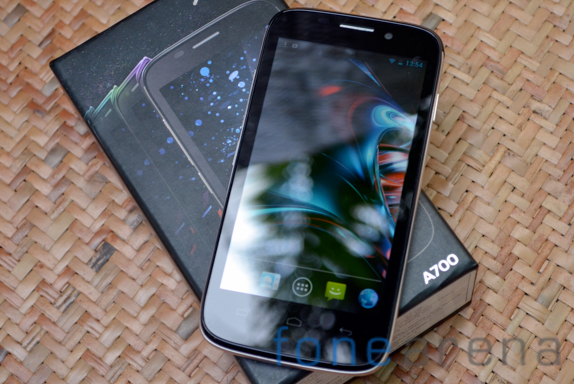 Entry level Android smartphones are a hot category and Lava has introduced its own entry in the field to cash in on the craze. With good build quality, competitive specifications and a near stock build of Android, the Xolo A700 has a lot going for it but is it the device to get ? Read on the complete review to find out.

The XOLO A700 ships with the essentials in the box. You’ll find a microUSB cable, charger and a pair of earphones alongside the usual manuals to get you started. Check out the unboxing video below.
httpv://www.youtube.com/watch?v=iAUwfTGSEz4

The Lava XOLO A700 tries to stick out from the crowd by using a two tone finish on the phone. The front is dominated by a large 4.5″ screen which has a very usable resolution of 960×540. While it may not wow you, the display is definitely good enough to not be a hindrance in every day usage. 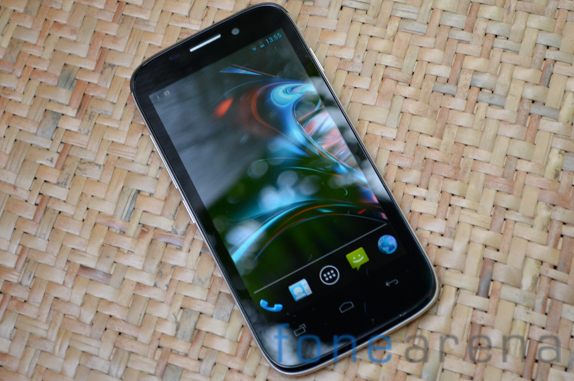 This is a much welcome upgrade from the WVGA panels seen in the first generation budget smartphones. Below the screen are three capacitive buttons which offer feedback on pressing. The buttons correspond to the multitasking, menu and back keys. 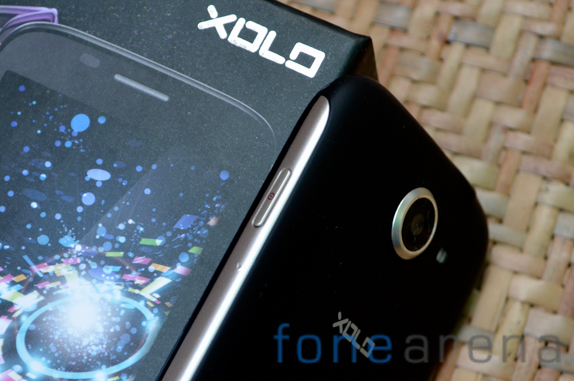 Over on the right, the design has been kept plain for the most part. A power / standby sticks out towards the top but is in a comfortable position to allow users to easily unlock the device even when using it single handed. 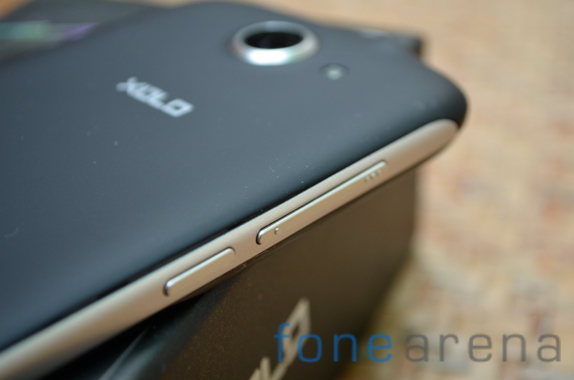 The  left side is relatively busy in comparison. A volume rocker can be found towards the top and a centrally located camera key is below it. We’re quite surprised to see the camera key in what is admittedly a very unusual and uncomfortable location. Additionally, using features like the panorama mode built into the camera app on JellyBean requires you to rotate the camera in the opposite direction which is very counterproductive. 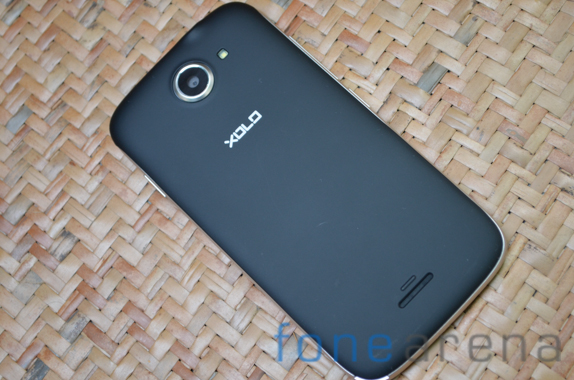 Over at the back we have the 5MP camera while the front is a bit disappointing at 0.3MP. The matte finish looks quite good and feels great in the hand compared to the slippery glossy plastic seen on most competing phones. On the whole, theres much to like about the Lava XOLO A700 in terms of fit and finish. A fairly svelte handset, it fits well in the hand and has a reassuring feel to it. We quite liked the dual tone finish and the quality of plastics used were good enough for the category.

The highlight of the phone is of course the large real estate area that it offers. The 4.5 inch screen here isn’t bad at all. Over the past year or so, manufacturers have made massive strides in improving and making better displays cheaper. 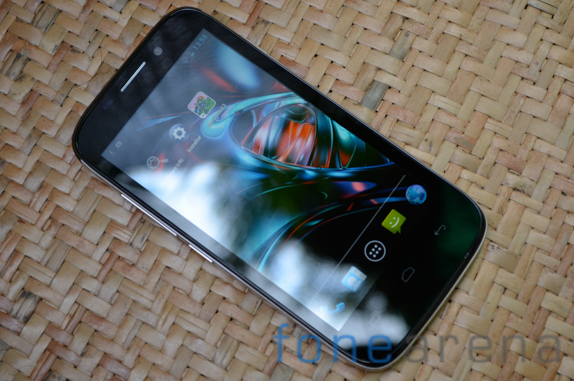 Its not the highest resolution but at 960×540, it is definitely usable. Viewing angles on the display are above average and so is color saturation. There’s no Gorilla Glass display here so you’ll want to be extra careful and prevent any drops straight on the screen. The screen is of the capacitive variety and supports multi touch.

The phone is equipped with bluetooth 2.1 and WiFi b/g/n radios allowing for local internet connectivity. The dual SIM handset has a 3G+2G configuration where in only one SIM card is capable of connecting to  a 3G network while the other can connect to a 2G network. There’s a GPS radio built in to make use of mapping services and applications.

The XOLO A700 is equipped with a 1700 mAh battery pack which is generally sufficient to just about get you through a day of usage. 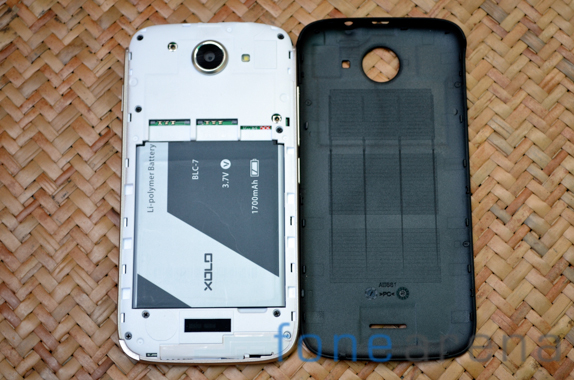 That said, as with pretty much every other phone out there, your mileage will vary depending on how you use the phone. Extensive video viewing and playing games will definitely deplete the battery quickly.

Unlike its elder brother, the A800, the XOLO A700 ships with a 5MP camera and is equipped with both an LED flash and auto focus capabilities. The camera is not going to replace your point and shoot but proves to be good enough for the occasional snapshot. Click through for full resolution shots.

As can be seen with the first image, the A700 has decent macro focussing capabilities and should serve well to take quick snapshots of documents etc. In decent lighting, the camera can pull off usable shots. You won’t win any photography awards with this phone but it’ll do the job to capture a memory. Low light images are as expected borderline unusable.

Videos on the other hand tend to be over compressed and details essentially turned to mush. Audio recording wasn’t anything special either.

One of the ways in which Android phones try to stand out from each other is by using a custom skin or interface layer on top. More often than not this ends up being counterproductive and actually decreases performance. The XOLO A700 however ships with a remarkably clean ROM with pretty much all aspects of the software kept ‘stock’. 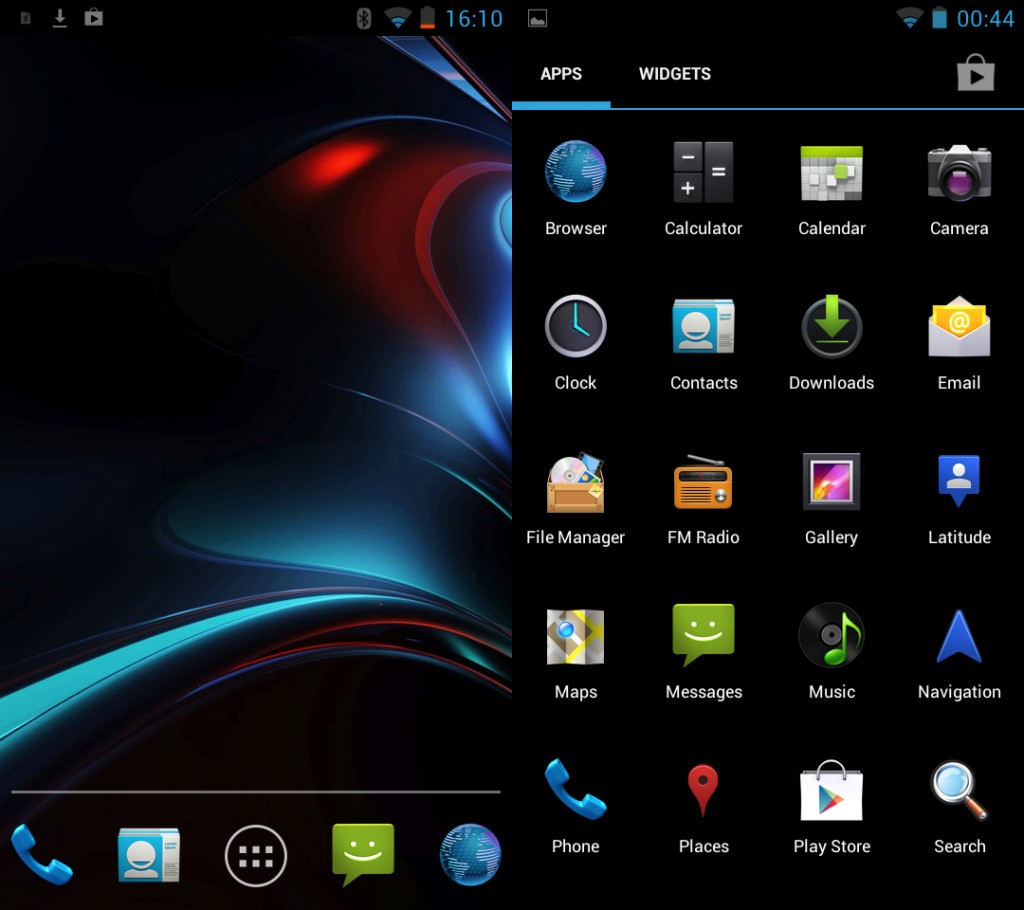 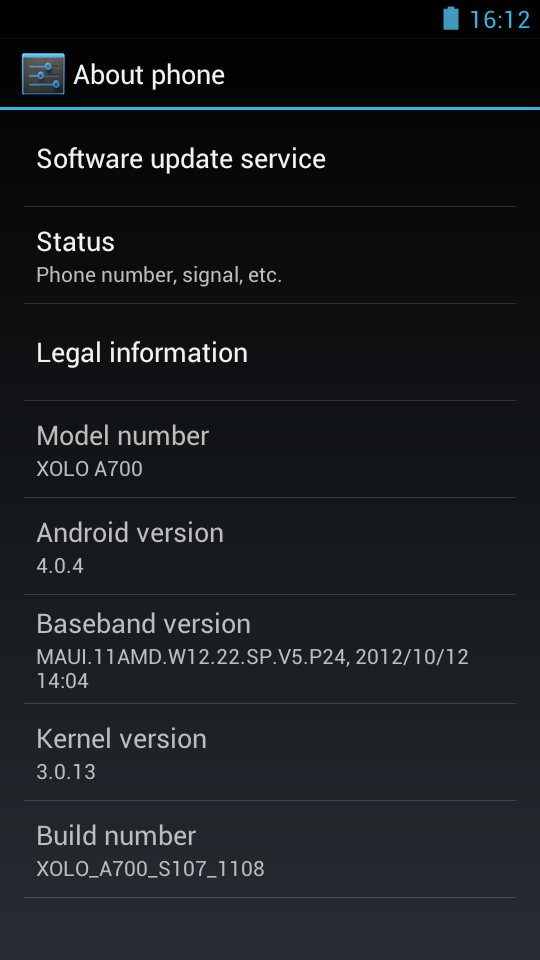 We wish the phone shipped with JellyBean onboard which would give a further boost to its performance thanks to Project Butter. We’ve heard that the company plans to push out an OS update at an undisclosed date in the future and we’ll be sure to update this space when that happens. For now, there’s nothing to complain about in terms of software optimization and we’re certainly pleased to see a refreshingly clean Android build on the handset.

The XOLO A700 delivers where it counts and in our benchmarks, it showed exemplary performance. The phone can keep up with and in some cases even beat much higher priced phones. The Android based phone is powered by the MediaTek 6577 chipset and is paired with a PowerVR SGX 531 graphics core. 512MB of RAM is provided which we felt was a bit on the lesser side. 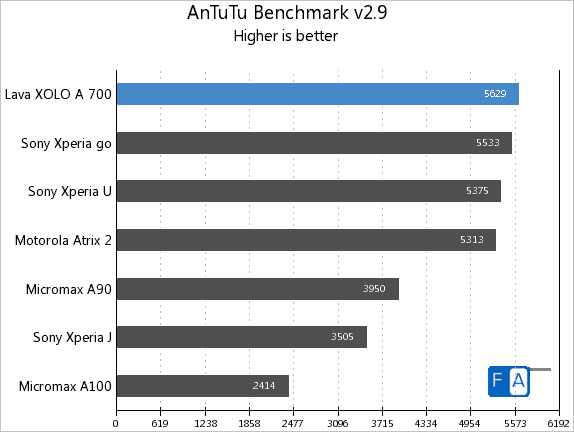 In the AnTuTu benchmark which tests out CPU performance amongst other characteristics, the XOLO A700 handily outpaced the competition. 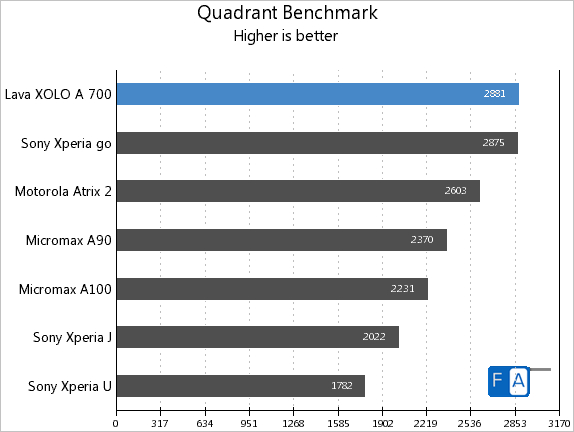 On the popular Quadrant benchmark, the A700 easily kept up with the competition while outpacing several others. In day to day usage, we didn’t experience any slow downs with the handset keeping pace at a healthy clip.  The browsing experience is great and the phone could play back most of the multimedia content we threw at it though some of the high bit rate content tended to cause skipped frames.

The XOLO A700 is one of the best lower end smartphones we’ve tested out with performance which can keep up with higher end phones. The build quality is great and the stock build of Android is most definitely appreciated. 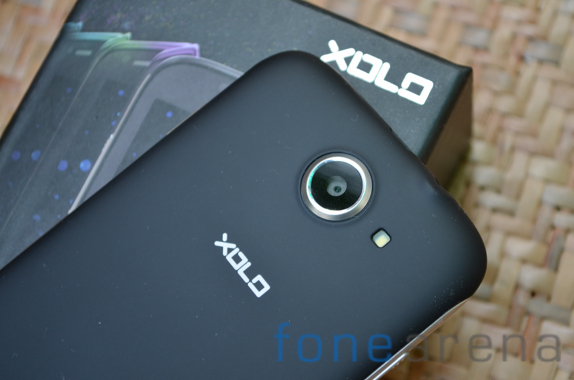 We aren’t too sure about the camera which provides just about usable images and the video quality was particularly bad. If performance is your driving factor when looking for a new smartphone, then you should definitely give the XOLO A700 a serious look. Recommended.