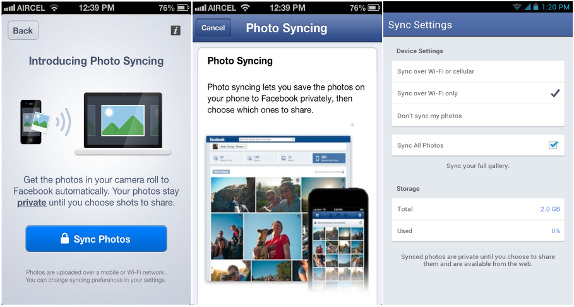 Facebook started testing Photo Sync feature for their Android, iPhone and iPad apps back in August. Now they have started rolling out the feature to everyone. There is no app update for this feature, you just get a notification when you open the Facebook app to enable Photo Sync feature. This automatically uploads entire photos in your phone as you capture. You can also sync your entire phone photos, and you get 2GB of storage for it. The auto photo upload feature is already available on Google+ as instant upload and in Dropbox as Camera Upload.

Did you try Facebook Photo Sync on your Android and iOS devices yet?