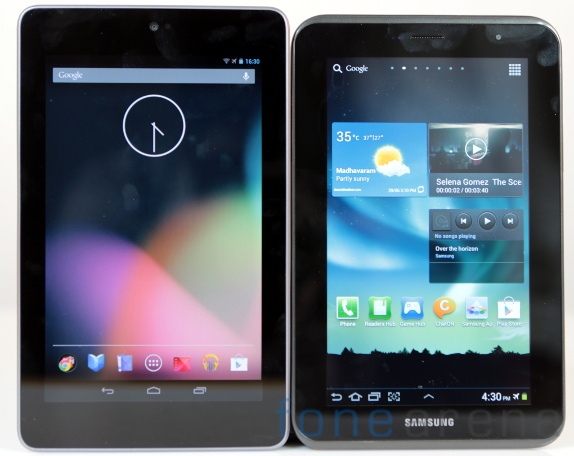 Google Nexus 7 went on sale in India earlier this month for Rs. 19,999, but the price was high compared to the U.S, where the 16GB Nexus 7 is available for $199. Samsung launched the Galaxy Tab 2 310 (Galaxy Tab 2 7.0) in India back in May. We decided to do a comparison between these 2 7-inch Android tablets.

The first thing you notice in the Nexus 7 is the 7-inch (1280×800 pixels) IPS display with 216 ppi, minimal bezel, eye catching design and the build quality from Asus. As usual the Samsung Galaxy Tab 2 310 is made of shiny plastic with large bezel around the 7-inch (1024 x 600 pixels) TFT display.

On the Nexus 7, you have a micro USB port and the 3.5mm jack at the bottom, while the Samsung Galaxy Tab 2 310 has a 30-pin connector at the bottom, a microphone and loudspeakers on either sides. We reviewed the Galaxy Tab 2 310 earlier this year and the main drawback we found was the 30-pin connector port without USB charging. This makes it tough to use it in charging docks or if you lose the cable, you have to get a new one.

Both the Nexus 7 and the Tab 2 310 have the Power / lock buttons and the volume rockers on the right. It is a bit hard to access these on the Nexus 7 since these as located on the back panel, rather than the middle rim on the Tab 2 310.

There is nothing on the left side in the Nexus 7, but on Tab 2 310, there is a SIM card slot and a micro SD card slot. We will discuss more about the later.

There is nothing at the top on the Nexus 7, while the Galaxy Tab 2 310 has a 3.5mm audio jack and a secondary microphone. 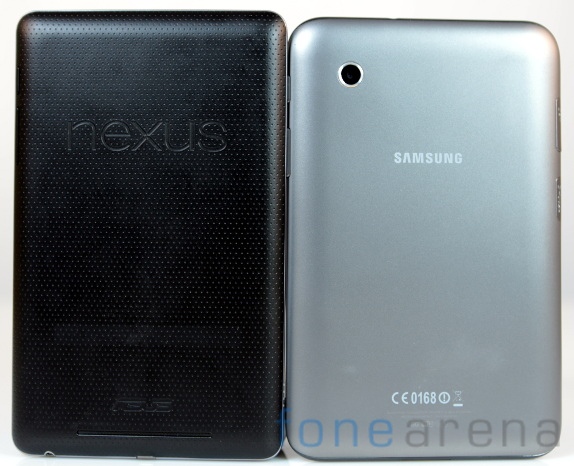 At the back there is a large Nexus branding on a textured surface on the top and Asus branding along with a loud speaker on the Nexus 7. On the Galaxy Tab there is a 3MP camera, and a Samsung branding. 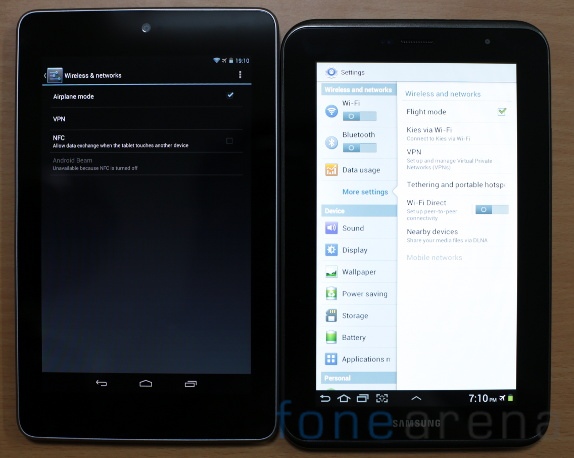 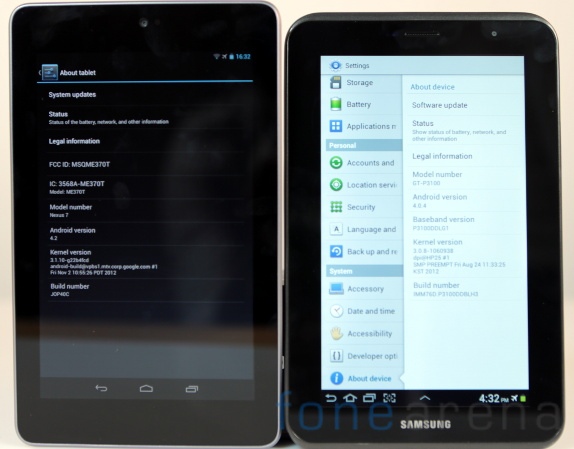 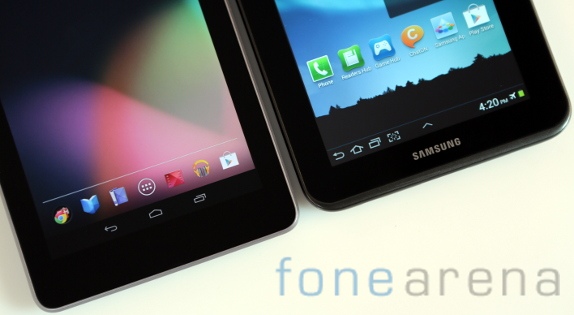 There are no hardware buttons on these tablets. 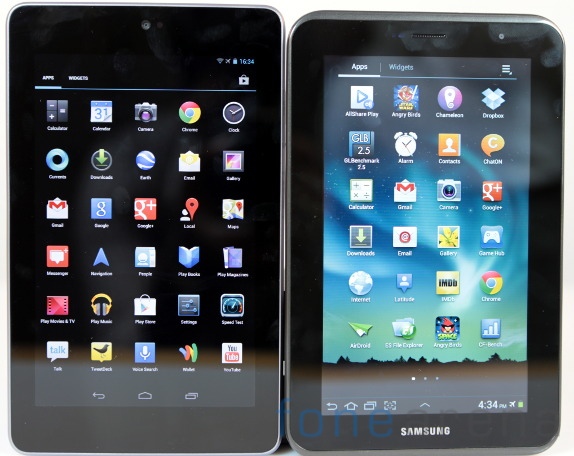 You can download more apps from the Google Play, but there are less tablet-optimized apps. 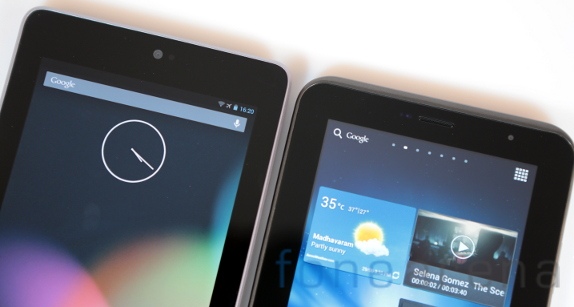 The Nexus 7 has a 1.2MP front-facing camera but it can record videos at VGA resolution. Galaxy Tab 2 310 has a 0.3MP front-facing camera and a 3MP rear camera with 720p video recording, but the performance is average and it lacks flash. There is a secondary microphone in the Galaxy Tab for video recording, but the Nexus 7 lacks a microphone, so you have to rely on the headset, which you need to purchase separately since it doesn’t come in the box. It is better to lose the camera than having one.

We saw the comparison of both hardware and software between two mid-range 7-inch Android tablets. Nexus 7 is costly if you but one in India, also the 3G version is available in the U.S., which would probably reach India soon. You can get the Nexus 7 if you don’t care about the price, voice calling and if you are satisfied with the internal memory. If you want to use 3G data on the move along with voice and SMS and need a expansion slot, the Galaxy Tab 2 310 is a good option.