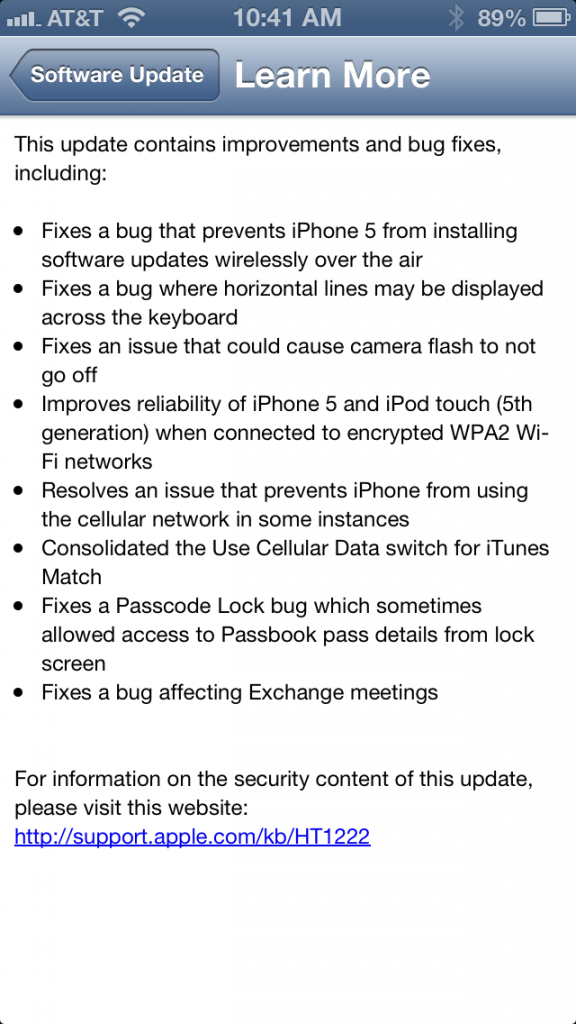 Just one day before the launch of the iPad mini and fourth-generation iPad, Apple has released iOS 6.0.1. This updates includes fixes for a keyboard screen glitch, camera flash issues, and more.

This update contains improvements and bug fixes, including:

iPhone 5 users are first required to install an “updater” application to fix a bug that would otherwise prevent over-the-air updates. After it is installed, users can update to iOS 6.0.1 from their devices.