Sony has been  on roll with their new range of Xperia devices being particularly impressive to look at. The Xperia Ion is no exception and carries on the gorgeous design albeit without the rather cool transparent bar. 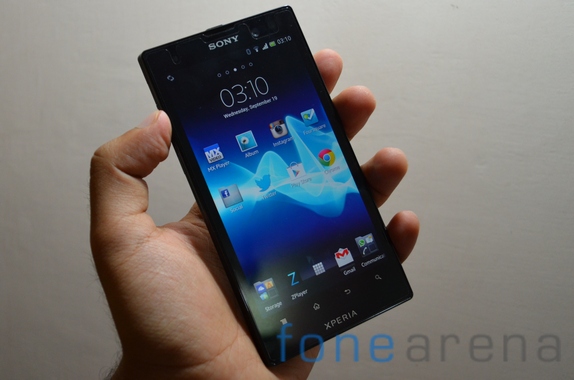 Packing solid hardware and Android 4.0 with a promise for an update to Jelly Bean soon, there’s a lot to like about the Xperia Ion but will its slick looks be enough to dissuade users from competition like the HTC One X and the Galaxy S3 ? Read on to find out.

The Xperia Ion has a very distinct, solid design. Straight lines and a sharp angles are a departure from the increasing focus on curves. The front dominated by the screen is complimented well by the brushed aluminum back. 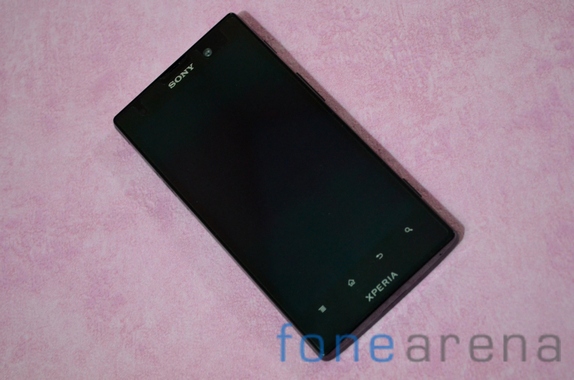 Measuring 5.2 x 2.7 x 0.4 inches, the phone is definitely on the larger side. The imposing handset feels pretty good in the hand due to the curved back. 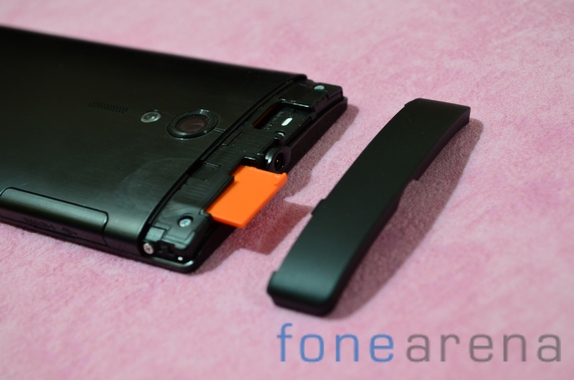 The back has rubberized plastic tabs at the top and bottom to facilitate radio access and to allow users to place the SIM and micro SD cards. 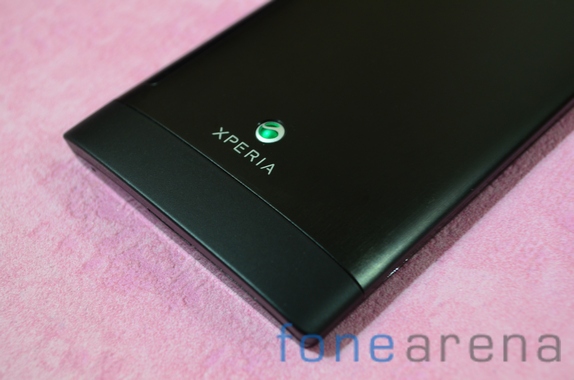 The top of the phone includes a 3.5mm jack while the bottom is left bereft of any ports. 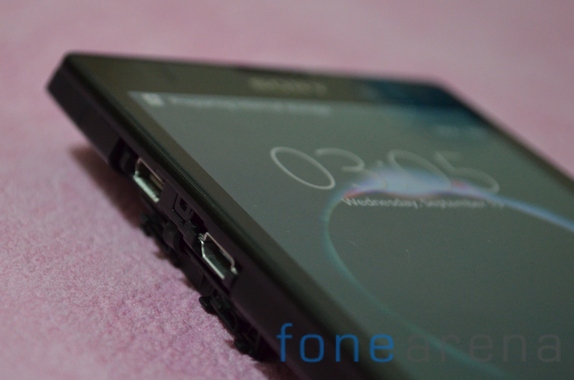 We really appreciate the attention to detail and Sony has covered the USB  and HDMI slots by a small door. 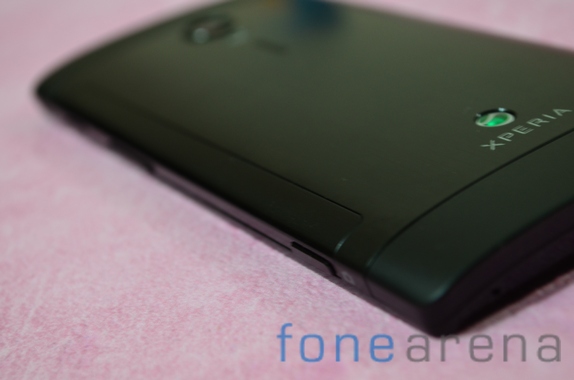 On the right we have the volume rocker, power key and a dedicated camera button. 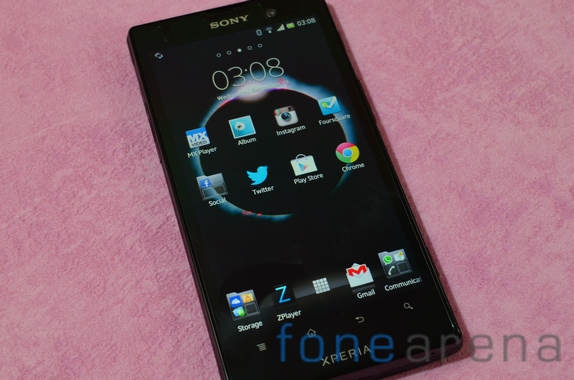 Under the 4.55 inch LCD display are four capacitive buttons. One of our biggest hardware related concerns, the capacitive buttons were a pain to deal with. Using them was a hit or miss and frustrating to say the least. We hope this is a software issue which is resolved in subsequent updates. 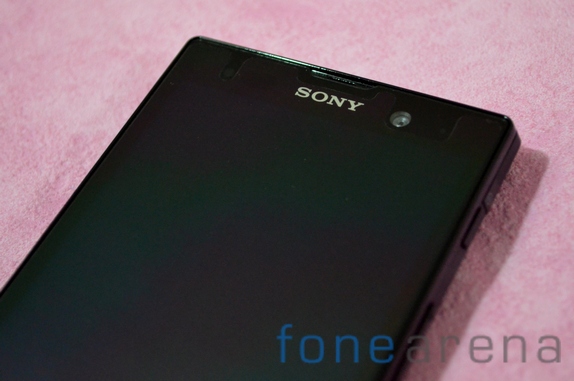 An additional gripe that we had was the notification LED provided is just too small to be useful. Hardly visible in a brightly lit room, we never really warmed up to it.

The Sony Xperia Ion runs on Android 4.0 Ice Cream Sandwich with a heavily customized UI on top. Over the top animations aside, the UI is functional for the most part. 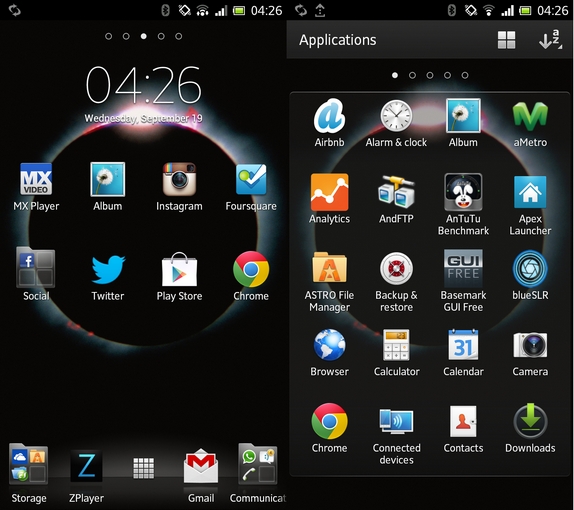 Sony’s Timescape UI doesn’t really slow down the device but certainly lacks optimization on the Xperia Ion. The device would often completely lock up for up to a minute and applications would often force close. Definitely not what you expect from a device in this segment. 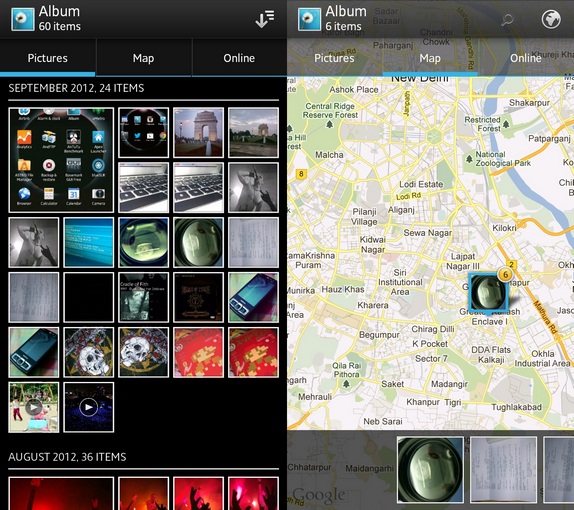 The bundled in applications for music and images are some of the best ones we’ve seen. The album application lets you see all your images at a glance in a month based view. You can also see the images overlaid on a map. 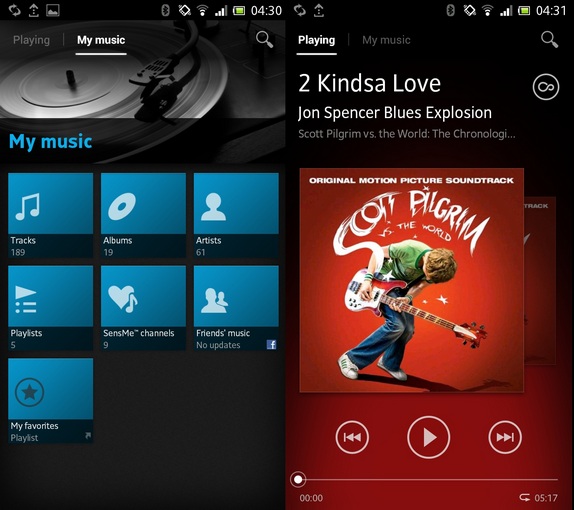 The music player allows several ways to access your music and looks good while doing it. On the other hand, it too is plagued by software issues including glitches during playback. 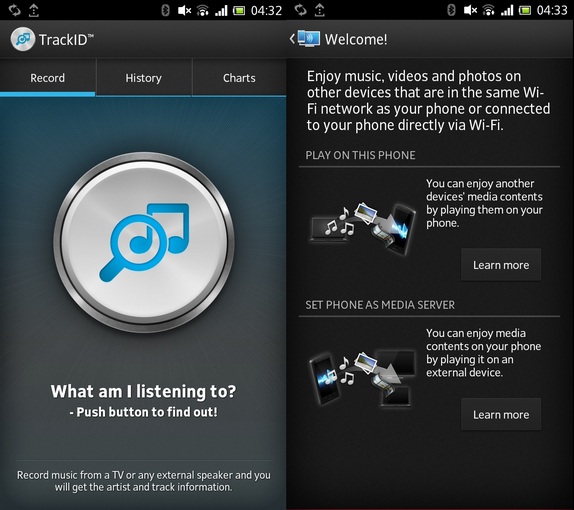 Sony’s Shazam equivalent called Track ID works well. Out of the box DLNA media streaming is provided via the connected devices application. The usual bloatware apps found on Sony’s Android devices like Wisepilot and McAfee Security are also installed on the Xperia Ion.

The Xperia Ion combines a 12MP sensor with Sony’s expertise in imaging technology to provide a potent mix at least on paper. The phone has a dedicated camera key on the right which is always appreciated as it provides quick access to the camera. 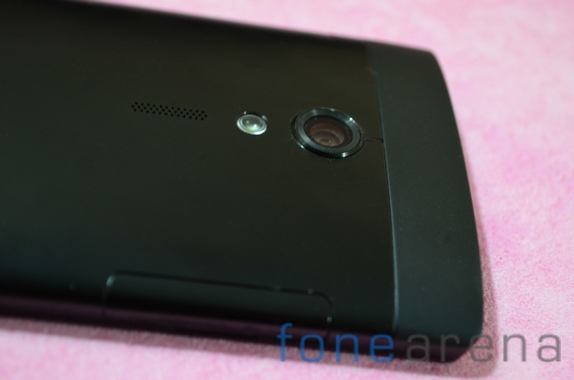 Image quality in itself if a mixed bag. The camera performs well in brightly lit conditions but noise levels reach uncomfortably high in low light. The camera doesn’t really handle dynamic range too well either. Autofocus was on the slower side as well. The camera app in itself includes some innovative panorama related settings thrown in by Sony. 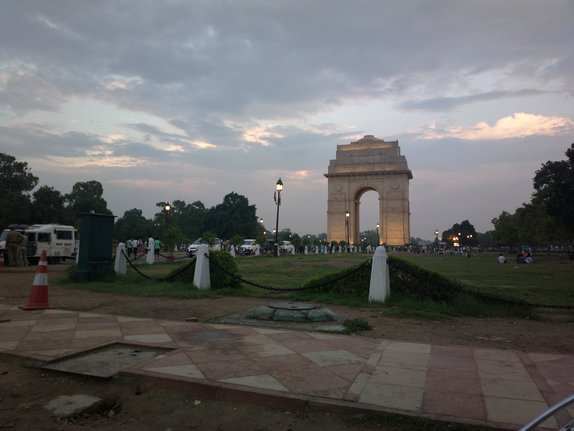 Video quality in Full HD was above average and quite usable if not the best out there. Lack of image stabilization has quite a negative effect on the end result. The Xperia Ion is good for the occasional shot or to capture a memory when you don’t have a better cam but don’t throw away your dedicated camera just yet.

Powered by a dual core 1.5Ghz Qualcomm MSM8260 Snapdragon processor with an Adreno 220 GPU on the side, the phone is not really lacking for power. The phone performs moderately well in benchmarks, coming close to contemporaries like the One S. 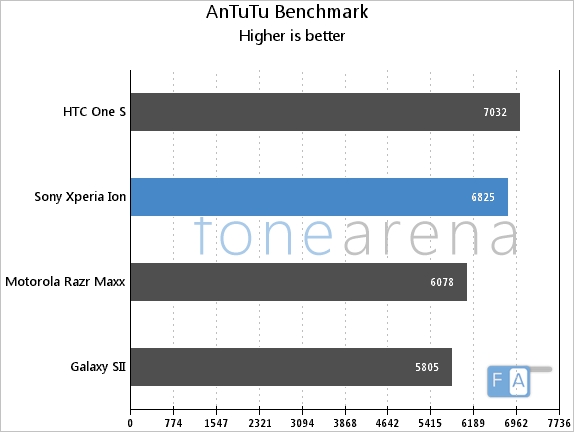 Antutu is a popular benchmark used to gauge the performance of Android phones. The Xperia Ion comes very close to the HTC One S with a score of 6825 and handily beats lower priced alternatives like the Galaxy SII. 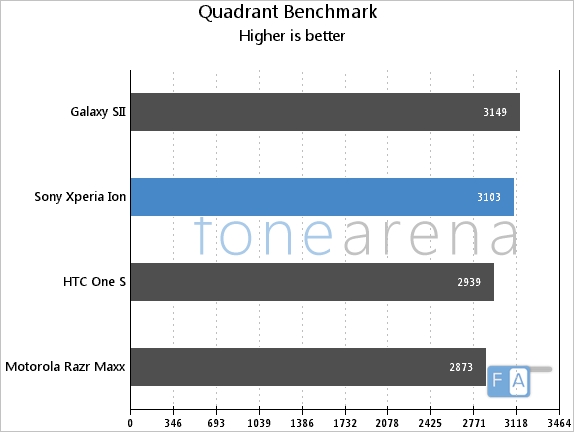 The Xperia Ion doesn’t break any Quadrant records with its score of 3103. The Xperia Ion’s score does reflect too well for it in the face of competition like the HTC One X which achieves 4000+ scores on this CPU, I/O, 3D performance gauging benchmark. 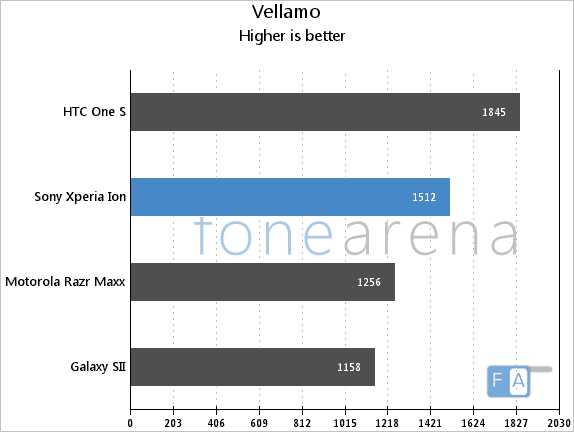 Vellamo is a benchmark which gauges browser performance on Android devices. With a score of 1512, the Xperia Ion lands right in the middle in terms of performance. While not terrible, its not particularly amazing either. Sony needs to work on optimizing the software on their handsets to ensure better performance and benchmark scores.

Battery life on the Xperia Ion is quite impressive. We were regularly able to get over a day of usage out of the phone even when pushing it. With moderate usage, two days of usage time shouldn’t be hard to attain at all. The 2000 mAh battery combined with power optimisations made by Sony make the Ion one of the longer lasting devices in its range.

It is difficult to fault the Xperia Ion in terms of its build quality or looks and there are no glaring omissions in the phone. What is missing is an extra layer of polish in the software which would have helped evade the fairly common lockups and forced closes. 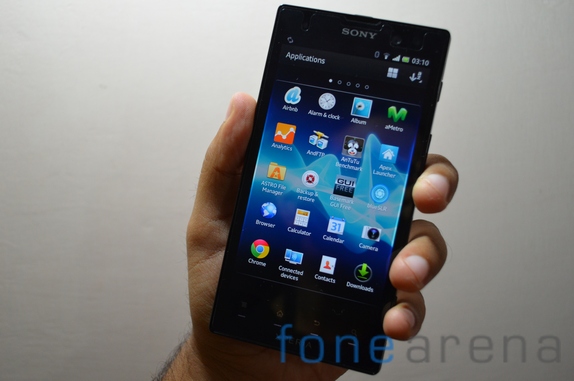 Add to it the astonishing price point of Rs. 36,999 and it doesn’t look really appealing against contenders like the HTC One X and Samsung Galaxy S3 both of which are superior products. In short, a good product marred by a poor software optimization and a surprisingly high price point.