The Bluetooth SIG has finally posted the Bluetooth profile list supported by Windows Phone 8 and it looks like the number of profiles supported has improved quite a bit compared to Windows Phone 7. Addition of the OBEX (Object Exchange) profile means that the phone should theoretically be able to both send and receive objects though specifics around that remain to be revealed. 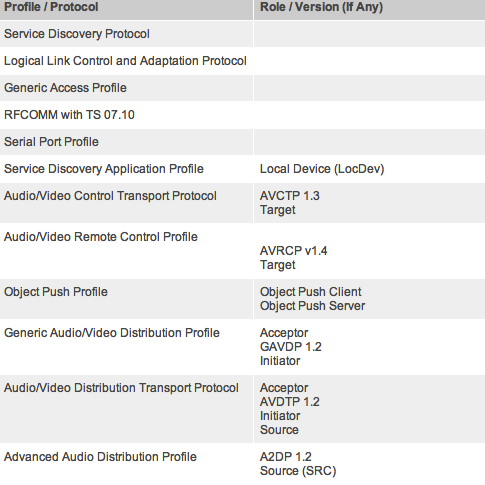 The AVRCP (Audio/Video Remote Control Profile) has also been updated from 1.3 to version 1.4 which lets the device browse and search media servers over Bluetooth. In addition the Audio/Video Control Transport Protocol has been upgraded to version 1.3. The serial protocol remains missing but will be available to developers. The lack of Bluetooth 4.0 support is surprising as it would allow devices to interact with sensors and smart watches. The list of Bluetooth profiles supported  can be seen here.