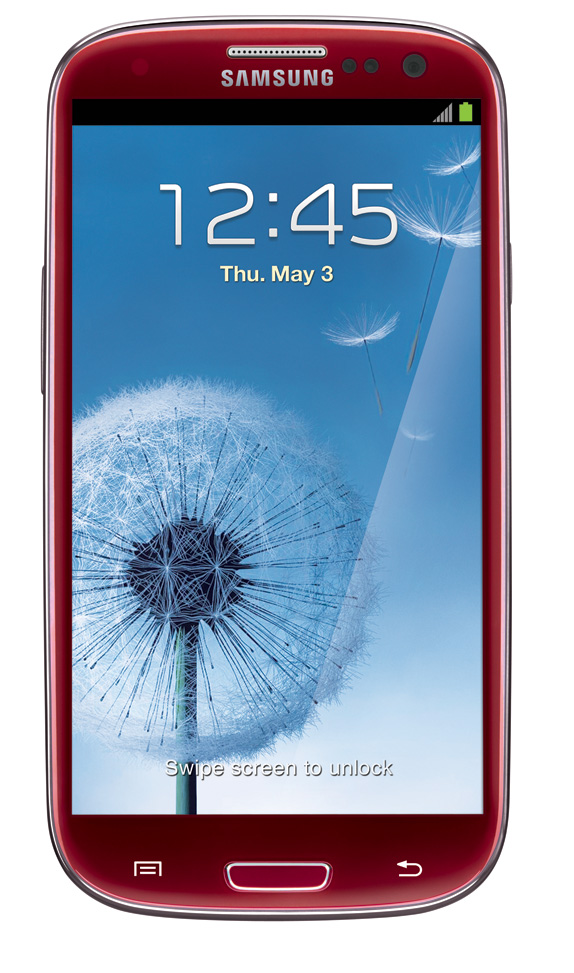 AT&T has announced that the Samsung Galaxy S III would be available exclusively in Garnet Red color by this month as they promised. It has similar features as the White and Blue version including, 4.8-inch (1280×720 pixels) HD Super AMOLED display and is powered by Snapdragon S4  1.5 GHz Dual Core processor.

It runs on Android 4.0 (Ice Cream Sandwich) and has 8MP Rear-facing camera and 1.9MP Front-facing camera. It comes with 16 GB internal memory and has expandable memory up to 32GB with microSD and 2100 mAh battery.