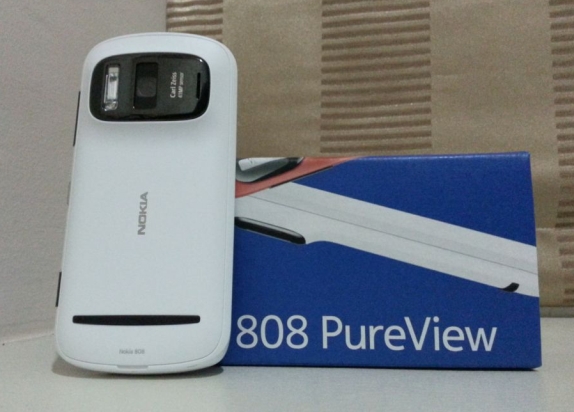 FoneArena has managed to get its hands on the Nokia 808 PureView which packs a monstrous 41 Megapixel Camera sensor and here is an exclusive unboxing and a quick look at the device.

The main highlight of the Pureview is the groundbreaking camera technology – 41 megapixel camera sensor with Nokia Pureview Pro imaging and Carl Zeiss optics . It packs a Xenon Flash for low light conditions. The phone can capture video in 1080p.

The Pureview is coming to India soon. It just went on sale in Singapore, Malaysia , Indonesia and some countries in the Middle East.

Sandeep Sarma contributed to this story