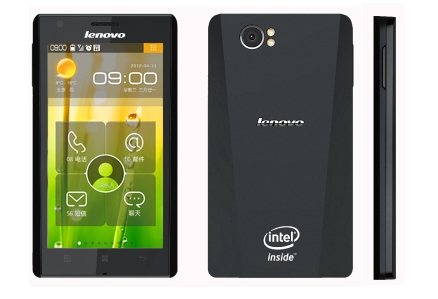 It was supposed to be the first Medfield powered smartphone, but Lava Xolo X900 that was announced at MWC launched in India last month making it . It has support for HSPA+ 21Mbs network and comes with 1GB RAM and 16GB internal memory. It has FM Radio, 3.5mm audio jack, USB OTG and MHL support and comes with 1900 mAh battery.

The Lenovo LePhone K800 is priced at 3,299 Chinese yuan (US$524 USD). It will be available from official Lenovo online shop, 360Buy.com, Lenovo retail stores and select retail stores across China.

Source: Intel | Via: The Verge