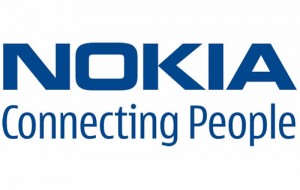 In the latest twist in the never ending saga that is mobile patent lawsuits, Nokia has today filed suit against HTC, RIM and Viewsonic alleging that their products infringe a number of Nokia patents. The claims were filed in United States and Germany, and includes complaints to the US International Trade Commission (ITC). Nokia has alleged that up to 45 patents were infringed upon. Nokia is no stranger to patent disputes, launching a similar claim against Apple a couple of years ago. The legal challenge, which resulted in a counterclaim by Apple, was settled outside the court with the house that Steve build settling an one-off payment while agreeing a cross licensing deal. HTC is also currently embroiled in a legal dispute with Apple over alleged infringements over unlicensed patents.

PR after the break

Espoo, Finland – Nokia has filed claims in the United States and Germany alleging that products from HTC, RIM and Viewsonic infringe a number of Nokia patents.

“Nokia is a leader in many technologies needed for great mobile products,” said Louise Pentland, chief legal officer at Nokia. “We have already licensed our standards essential patents to more than 40 companies.  Though we’d prefer to avoid litigation, Nokia had to file these actions to end the unauthorized use of our proprietary innovations and technologies, which have not been widely licensed.”

Nokia proprietary innovations protected by these patents are being used by the companies to enable hardware capabilities such as dual function antennas, power management and multimode radios, as well as to enhance software features including application stores, multitasking, navigation, conversational message display, dynamic menus, data encryption and retrieval of email attachments on a mobile device.

“Many of these inventions are fundamental to Nokia products,” Pentland concluded. “We’d rather that other companies respect our intellectual property and compete using their own innovations, but as these actions show, we will not tolerate the unauthorized use of our inventions.”