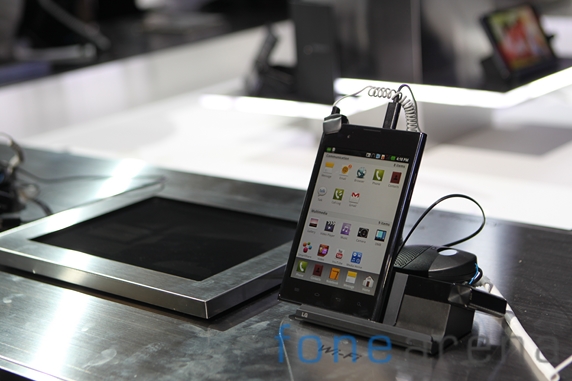 Here’s the hands on video for the LG Optimus Vu 5″ smartphone. LG’s attempt to enter the phone-blet segment along with the Samsung Galaxy Note.

The Optimus Vu features a 5″ screen with 4:3 aspect ratio. The ratio is quite unusual indeed. Companies gave up on the old standard to move to 16:9, 16:10 or even 21:9 ratio widescreens. However LG says the main advantage of having such a ratio is the ability to view magazines with ease. This gives it a squarish form factor.