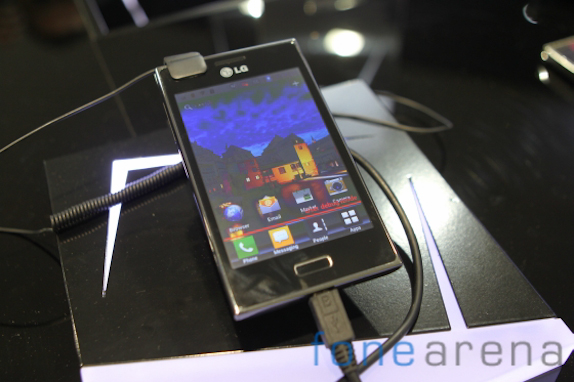 This is the hands on video for the LG Optimus L5 taken at the LG launch event in Barcelona, Spain.

The phone was shown off prior to the MWC but the handset was made available to the public and press on Sunday, 26th Feb.

The LG Optimus L5 has a 4 inch display and runs on Android Ice Cream Sandwich 4.0. The L5 is occupies the middle price position in the trio L series Optimus range.

The phone is set for a European release in the first half of 2012.