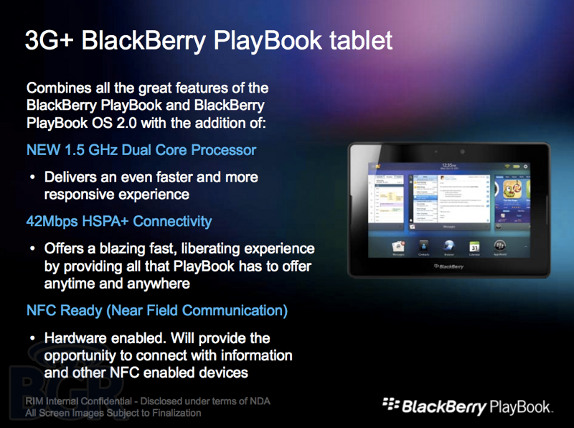 RIM’s 2012 lineup of devices has surfaced. This reveals new BlackBerry PlayBook with upgraded 1.5GHz dual-core TI OMAP processor and new BlackBerry curve devices. According to the slides from BGR, the upgraded PlayBook would come with 42Mbps HSPA+ Connectivity and NFC support, in addition to OS 2.0 in May or June. 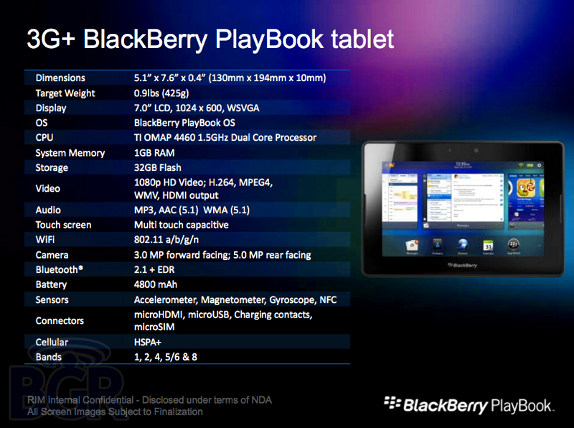