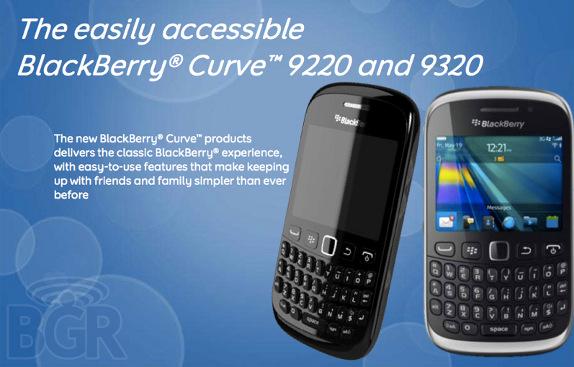 BlackBerry Curve 9320 and Curve 9220 specs has surfaced in RIM’s 2012 lineup. According to the slides from BGR, these are expected to arrive mid-2012. These are aimed at emerging market and would come with BB OS 7.1 on board.

The rumored BlackBerry 10 phone code-named London might be pushed from Q3 2012 to October. The White versions of the Bold 9790 and Curve 9380 are also in the pipeline that would arrive in Q2 2012.