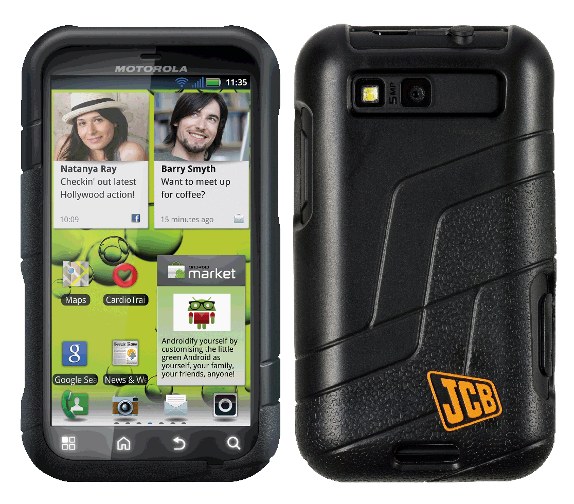 Motorola has launched the JCB Edition of the DEFY+, rugged Android phone. They announced the DEFY+ last August and launched last September. This JDB edition has visco-elastic protective sleeve from JCB that are capable to withstand extremely demanding conditions and rugged outdoors. The feature are similar such as 3.7-inch (854 × 480 pixels) capactive touch screen display 1 GHz processor and Android 2.3 (Gingerbread) Operating System.

The Motorola DEFY+ JCB Edition also comes with a car charger with an extra long curly cable and is available from UK retailers for an RRP of £259.9. It is also available for a cheaper price at £238 from Clove UK.