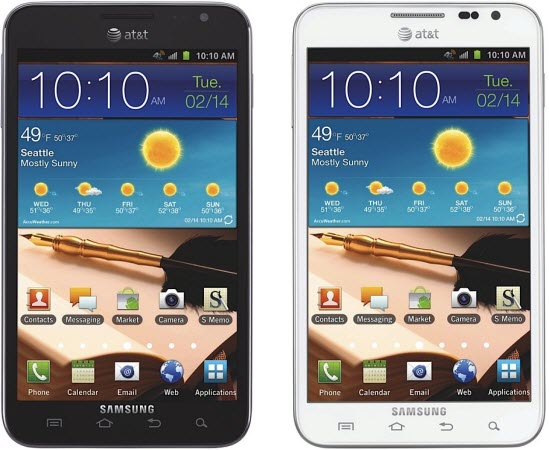 “We welcome the Galaxy Note to the U.S. and are pleased to expand on our popular Galaxy™ family of premium products,” said Dale Sohn, president of Samsung Mobile. “The innovation in this product including the capabilites of the S Pen continue to show Samsung’s leadership in bringing cutting edge design and features to our customers.”

AT&T Samsung Galaxy Note will be available in 2 colors – carbon blue and ceramic white. The exact price and release date of this device has not been announced yet.