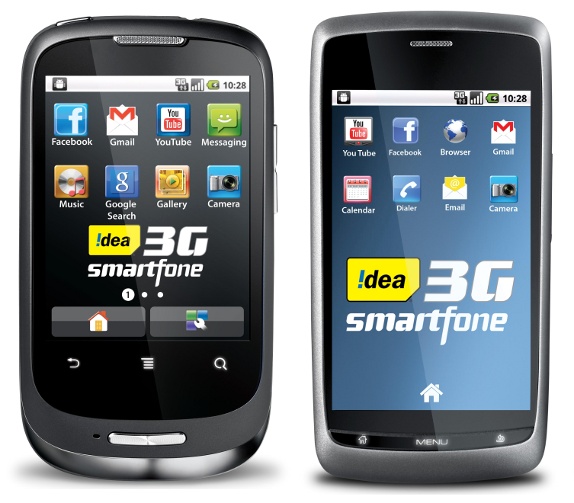 Idea Cellular has launched 2 new 3G Android smartphones, Idea Blade and Idea ID 280. These phones come with pre-installed Idea’s 3G applications on Android based smartphones. These phones also come with data services worth Rs. 3,500 with Rs. 259 pack that offers free subscription to Idea TV for 3 months, 1 GB of data download per month for 3 months, 3G Double Dhamaka benefits for 6 months, and Talktime of Rs. 25. This is available for both prepaid and postpaid users.

The Idea ID 280 and Idea Blade are priced at Rs. 5,850 and Rs. 7,992, respectively. These phones would be available at all major mobile retail stores and Idea outlets across all major cities in India.