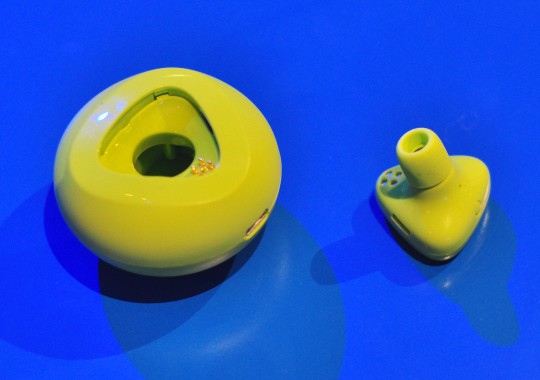 Nokia has been a big player in the mobile NFC space, starting development long before Google seen the light. But for Nokia, it’s not all about mobile wallets. They have recently a range of accessories with NFC built-in, designed to make pairing easier. The Nokia Luna Bluetooth headset is one of them, and I have recently had the opportunity to play with them at Nokia World 2011.

The Nokia Luna Bluetooth Headset features the most unlikeliest design of Bluetooth headset I have seen in many years, if ever. The Luna actually consists of two separate module: the cradle and the Bluetooth headset itself that docks in it when not in used. The cradle weighs in at 18g and the petite headset at a lightweight 5g. Charging is via the cradle, via a microUSB port. 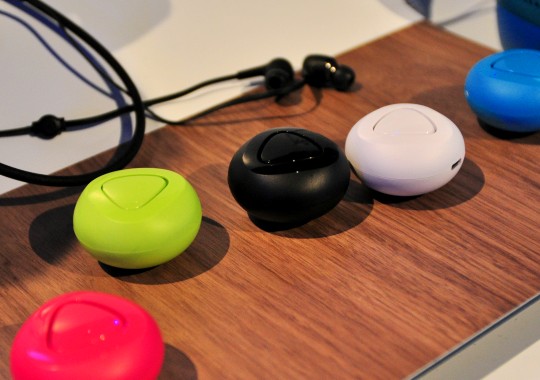 Using the Luna was simple enough. I was given a demo Nokia N9 handset, which has a NFC chipset built-in. Pairing the Luna was as easily as tapping the top of the N9 onto the bottom of the Luna’s cradle itself. It could not get any simpler than that. Once the phone and headset has been paired (I was told the Luna can be paired with two phones at the same time).

The Luna headset itself is attractive but looks bigger than it actually is. Perhaps the bright hue on the Luna was just so dominating. In any case the Luna was comfortable in-ears and once I managed to get a call through, I found the voice clarity to be excellent. My companion on the other side had no idea I was calling from a busy and noise trade exhibition hall. To answer the call simply pop it out of the cradle. Similarly to end a call one only needs to place it back.

My only issue with the Luna is it isn’t really a practical Bluetooth headset in a sense that no one would ever carry it around with the cradle. Most people would simply leave the cradle at home, in which case the only place to store it is on your ear. The Nokia BH-806 would probably be a more appropriate product for those who needs a Bluetooth headset but also a case that automatically answers a call when removed from its case.

Still, the Luna is a good demonstration by Nokia on the types of products that NFC can be used. Now we only need Nokia and the other manufacturers to quickly help proliferate this useful technology.