Nokia has already announced its intentions to move away from its ‘Ovi’ brand and instead focus on the name Nokia. After the shift from Ovi Maps to Nokia Maps , the next big change comes in the form of the Ovi Store. 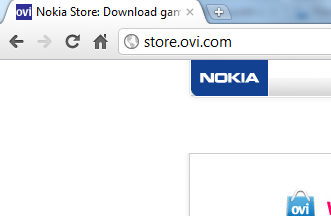 Nokia has renamed the store from Ovi Store to Nokia Store. The URL remains the same ie store.ovi.com at the moment but it is expected to change soon. The Ovi logo has also been replaced by the Nokia logo. This comes amidst widespread changes in which the company tries to consolidate its brand image and focus on creating a dent in the high end market with its upcoming WP7 devices.