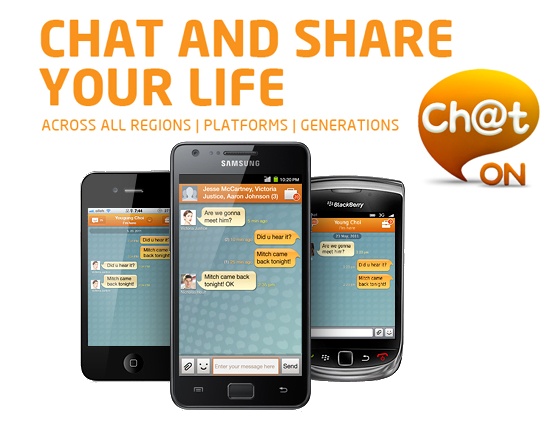 Samsung has announced that they would launch their own Instant Messaging (IM) service, ChatON soon. This would allow the users communicate easily and share videos, pictures, calendar and contacts with others from their mobile phone.

The ChatON IM service would allow users to chat using their phone numbers, send voice messages and take part in group chat. There are also features like interaction rank, that lists people who you chat often, trunk, that shows all the images and videos shared so that you can comment on them and animation message that lets you make personal message using hand written notes, images, text and background music.

The ChatON IM service will be showcased at IFA 2011 in September and it would be launched in October in more than 120 countries around the world and would support up to 62 languages.