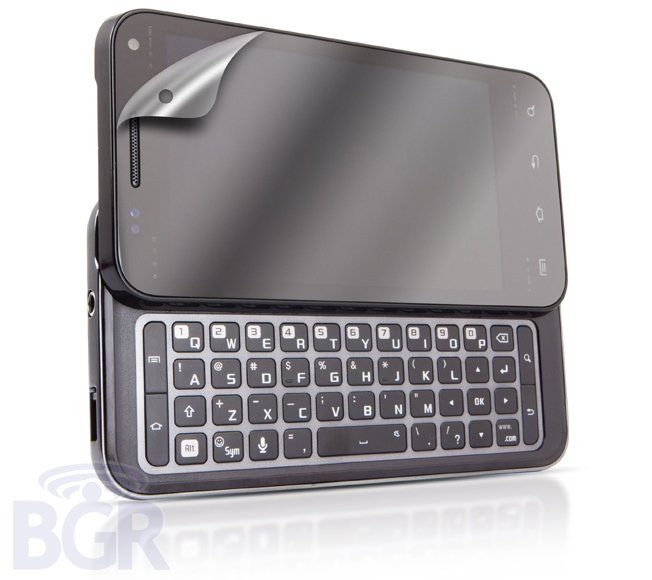 The phone in the picture above is a leaked QWERTY slider from Samsung that runs on Android. It is set to release on the AT&T network.

The device will feature 4 touch sensitive buttons rather than the 3 button layout. This was changed on AT&T’s request.The phone also has a slide out 4 row QWERTY keyboard.

It is most likely to run Gingerbread 2.3 upon release itself. Not much other data is known regarding the device.

The image rendering of the device doesn’t show any AT&T branding. But rumours are that it should hit AT&T within the next few months and it might be replace the Infuse 4G as the flagship model.