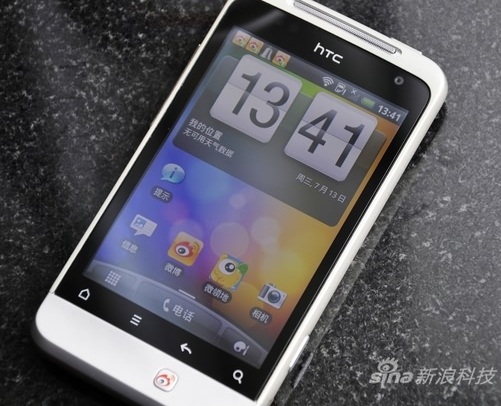 Back at MWC earlier this year, HTC announced a lot of device and two out of them were HTC Salsa and HTC ChaCha/Status, also known as Facebook Phones. Facebook is the largest social network website in the world, with more than 750 million users. Both Salsa and Status are made for people who can’t live without Facebook and always want to stay updated with it (read our review for both device). Now it looks like HTC is planning to launch HTC Salsa in China but there it will be a completely different device. Facebook is banned in China as well as Twitter, so what’s the name of the largest social network in China? It’s the famous micro-blogging service known as Sina-Weibo, and guess what? HTC Salsa will feature Weibo dedicated button instead of Facebook and in China, Salsa will be known as HTC Weike. Well, only name and the dedicated button are changed, otherwise everything else is same under the hood. It will be launched in China for 3,380 Yuan which is around $525.

Instead of deep Facebook integration, Weike will feature deep Weibo integration including Android 2.3 and HTC Sense UI. Well, we don’t know when HTC ChaCha/Status will hit China but if it’s coming, then I am sure it will also feature Weibo dedicated button and integration. So our Chinese fellows, are you looking forward to this Weibo-centric device?