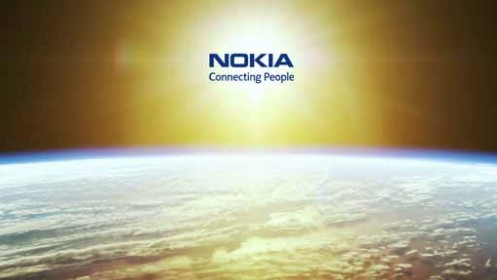 At the Nokia Connections 2011 event in Singapore, the company showed of it’s new strategy. Symbian Anna was demoed and is expected to hit devices in July-August. Nokia N9 was announced and also a couple of Dual SIM phones were announced.In  other news S40 phones will get Maps .
Press Release

Singapore – Today, at an event webcast around the world, Nokia CEO Stephen Elop demonstrated how the company is making significant progress on the new strategy it laid out earlier this year. From smartphones to mobile phones, from services to user interface design, and from improved device experiences to developer tools, Nokia outlined concrete actions for growth and taking leadership across the board.

“Earlier this year, we outlined a comprehensive strategy to change our course,” said Stephen Elop, president and CEO of Nokia. “Innovation is at the heart of our strategy, and today we took important steps to demonstrate a new pace of innovation at Nokia. It’s the beginning of a new era for Nokia.”

In mobile phones, Nokia introduced three new affordable devices – the Nokia C2-02, Nokia C2-03 and Nokia C2-06. The portfolio includes dual and single SIM options, and all three models offer a new, advanced web and maps experience for Series 40 phone users, as well as the choice of a touch screen or a keypad.

Nokia also restated its commitment to Symbian. This July, Nokia will start shipping Nokia N8s, E7s, C7s and C6-01s with the new Symbian Anna software update, which includes a number of user experience improvements. By the end of August, existing owners of these devices can also download Symbian Anna. And over the next 12 months Nokia plans to bring up to 10 new Symbian-based smartphones to market.

Nokia also revealed its latest smartphone: the Nokia N9, an all-screen device with three home views and a new user interface navigated through a simple swipe of the finger. The Nokia N9 comes in a polycarbonate design that enables superior antenna performance for better reception, better voice quality and fewer dropped calls; and a smarter all-round experience with NFC for sharing and pairing to accessories. The Nokia N9 will drive new innovation in the consumer experience, and inspire developers to build more powerful Qt applications.

The Qt framework is at the core of Nokia’s existing smartphone product line, and today there are more than 100 million Nokia Qt devices worldwide. Ovi Store consumers are downloading an increasing number of Qt applications, including in high-growth markets like Asia-Pacific. Tapping into this trend, Nokia will make Qt core to building applications that connect the next billion users to the internet. For Qt developers, this will mean a dramatic increase in reach and opportunity during the coming years.