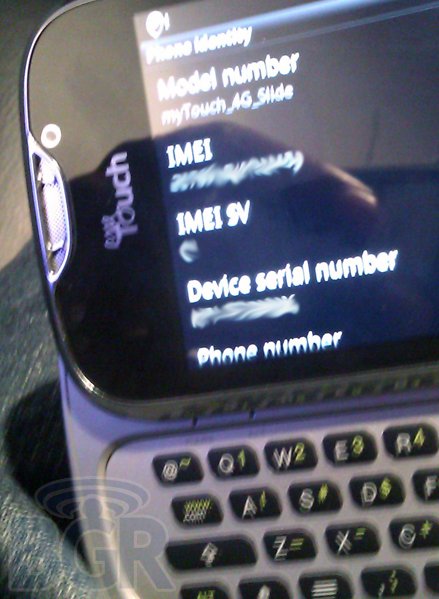 T-Mobile officially launched myTouch 4G last year, which is a good looking device and currently exclusive to T-Mobile in USA. Now it looks like T-Mobile and HTC are gearing up to launch the successor to myTouch 4G and it will be known as myTouch 4G Slide. Our friends over at BGR got their hands on some images of myTouch 4G Slide, which is codenamed as Doubleshot and it’s actually just like myTouch 4G in design, but the new addition is the QWERTY keyboard. The device is running Android 2.3.4 along with HTC Sense UI, and BGR source claims that this device is as smooth as the HTC Sensation and way better than its predecessor. The phone features an 8 MP camera and there is also a shiny metal back cover, I am sure that camera is capable enough to record HD videos. There is also a front-facing camera as we can see in the image above. The Android navigation buttons are better and softer than one on myTouch 4G and QWERTY keyboard keys are also squishy like the one on G2. It’s expected that T-Mobile will launch this device in July first or second week, so stay tuned.

Well friends, that’s all we know about the next myTouch. Are you interested in getting one next month?