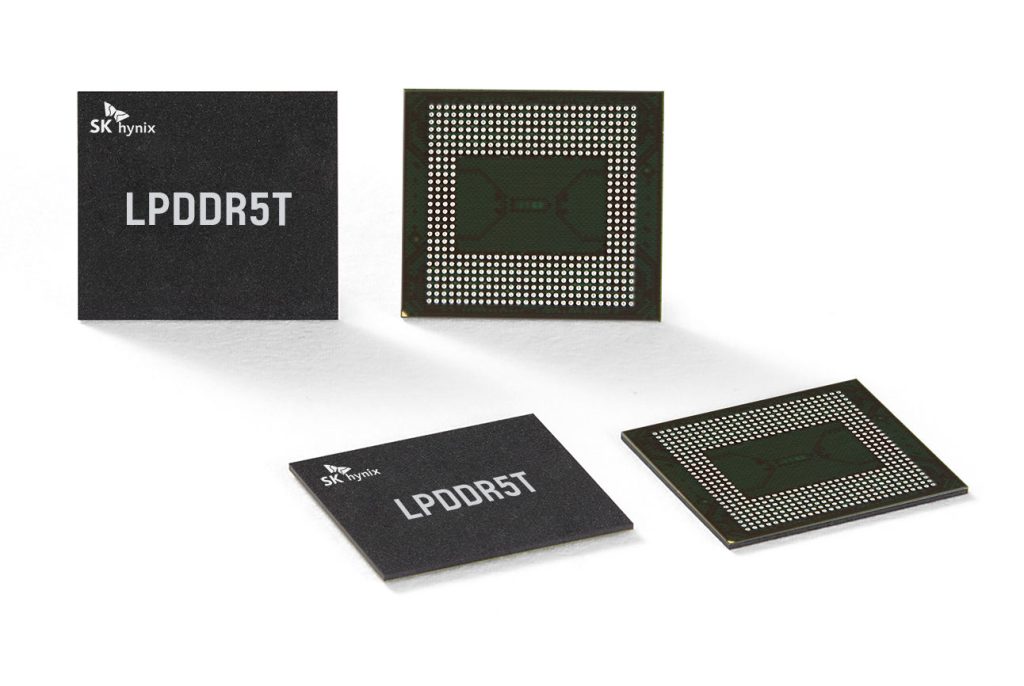 SK hynix has announced the development of the LPDDR5T DRAM. This is claimed to be the world’s fastest mobile DRAM.

The “T” in the moniker stands for “Turbo,” and the DRAM operates at a data rate of 9.6 GB/s, which is 13% faster than the previous generation of LPDDR5X, which provides 8.5 GB/s.

This is not a newer generation of DRAM; rather, it is an improved version of SK Hynix’s current LPDDR5X technology. The company is the first in the industry to incorporate the HKMG (High-K Metal Gate) process into LPDDR5T DRAM. The memory will consume less power and perform faster as a result of this process.

SK hynix anticipates that LPDDR5T will be used in applications other than smartphones, such as artificial intelligence (AI), machine learning, and augmented and virtual reality (AR/VR).

The company said that customers are already receiving LPDDR5T samples, and mass production will begin in the second half of the year using 1anm, the fourth generation of 10nm technology.

With the development of LPDDR5T, the company has fulfilled customers’ demand for ultrahigh-performance products. We will continue to work on the technology development to lead the next-generation semiconductor market and become the game changer to the IT world.