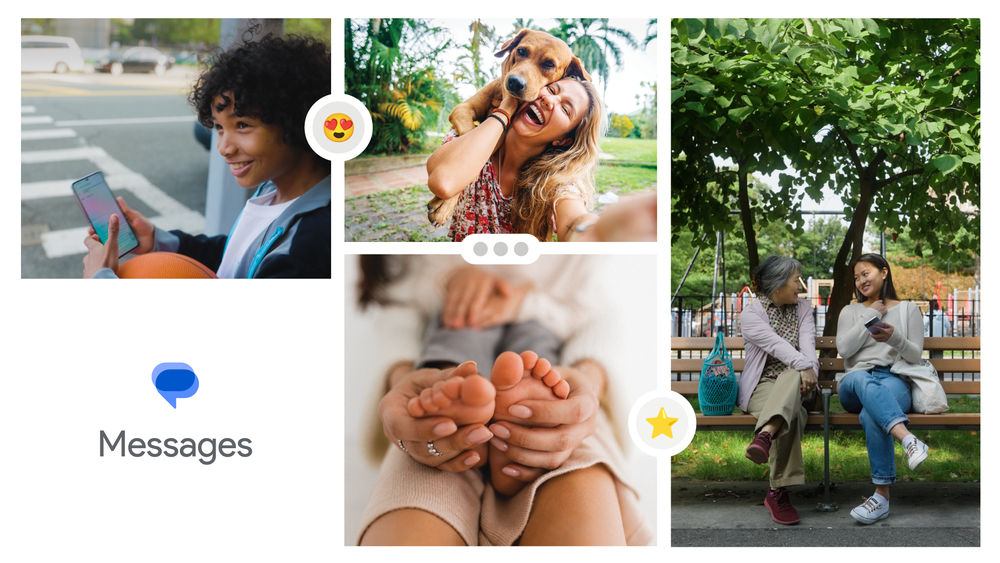 Google has announced a major update to its Messages app, as well as a new icon for it, as well as the Google Phone and Contacts apps. The new icons are intended to work with Android’s ‘Material You’ themes. The Messages app now includes the ability to watch YouTube videos within the app, as well as voice message transcription and other enhancements.

The firm highlighted that the use of RCS has enabled the Messages app to work even on flights through in-flight Wi-Fi. Google has partnered with United Airlines to offer messaging on United flights. 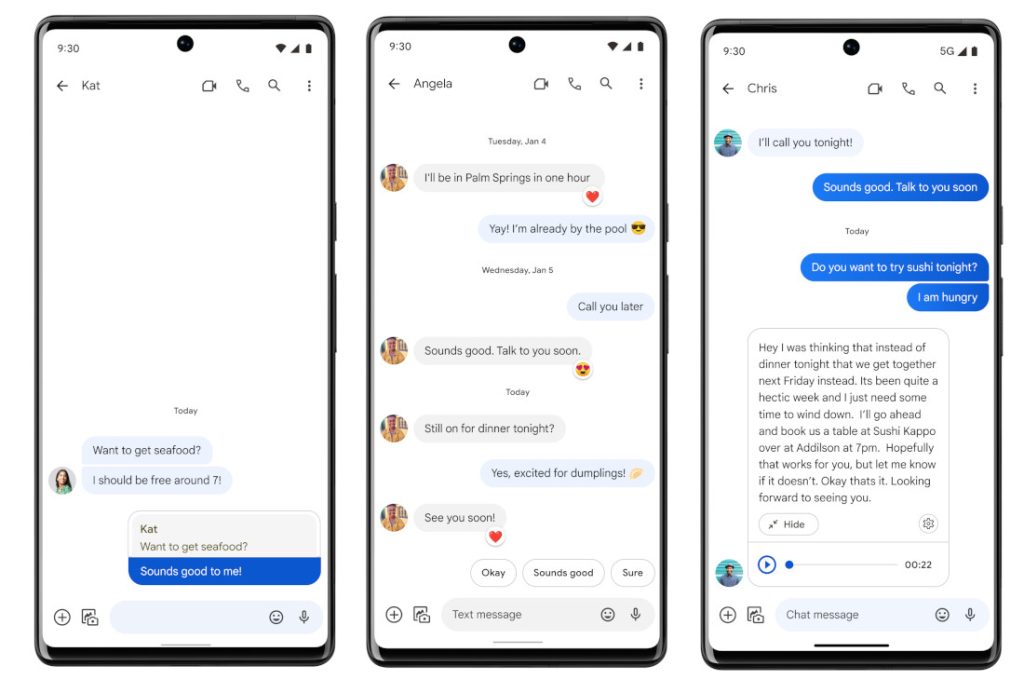 Google has introduced a new reply feature in which you can swipe a message to directly reply to it, and it appears in the chat similar to how WhatsApp or iMessage would appear. Enabling the RCS is required. Also, the Messages app will let you use emoji to reply to SMS messages from iPhone users.

The new Voice Message Transcription feature uses machine learning to automatically transcribe messages, so you can easily access them. If you receive an audio message from a loved one while crowded, thanks to transcripts, you can “view” the audio as you would a text message. In addition to the Pixel 7 and Pixel 7 Pro, this feature is available on the Pixel 6, Pixel 6A, Pixel 6 Pro, Samsung Galaxy S22, and Galaxy Fold 4. 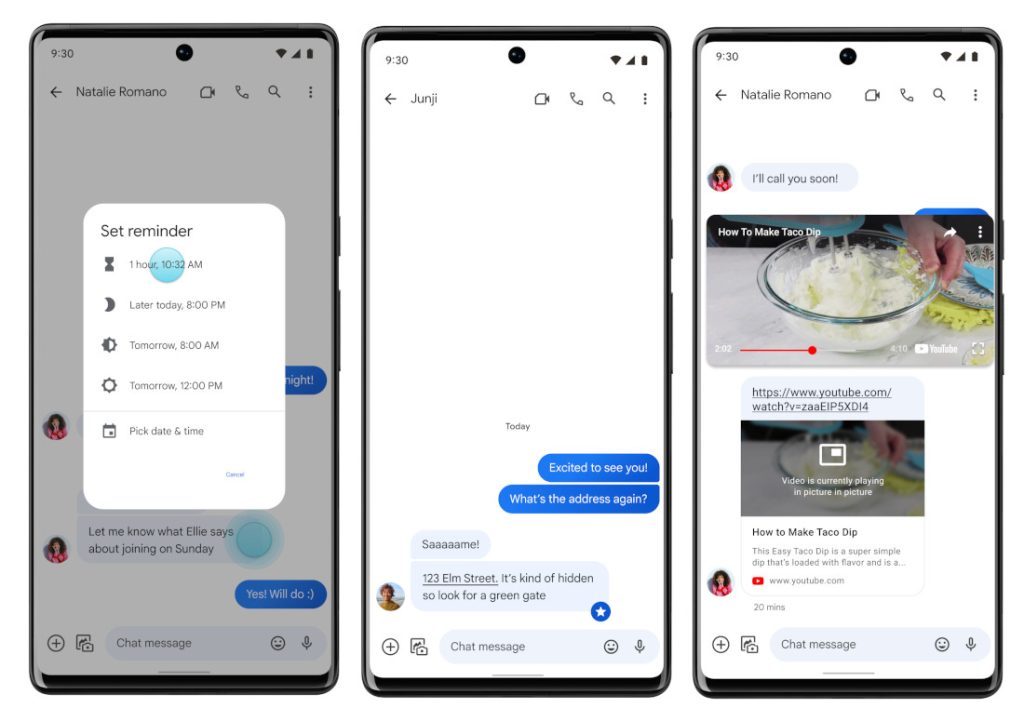 Another intriguing addition is the ability to watch YouTube videos within Messages without leaving the app. Messages will also intelligently suggest that you “star” messages that contain text such as addresses, door codes, and phone numbers to help you keep track of and quickly find important conversations.

Google Messages has become more compatible with other Google products like Google Meet and Google Calendar. If you receive a message like “Let’s have a call” or “Let’s meet on Tuesday at 8:00” from someone, messages will provide a direct link to either the Meet app to initiate a call or the Calendar app to schedule a meeting.

Reminders are now included directly in messages to help you remember important moments without navigating across several apps on your phone. Additionally, Google has confirmed that it is experimenting with a feature that lets you chat with businesses you found on Search and Maps directly through Messages, so all conversations appear in one place that’s searchable, private, and secure.