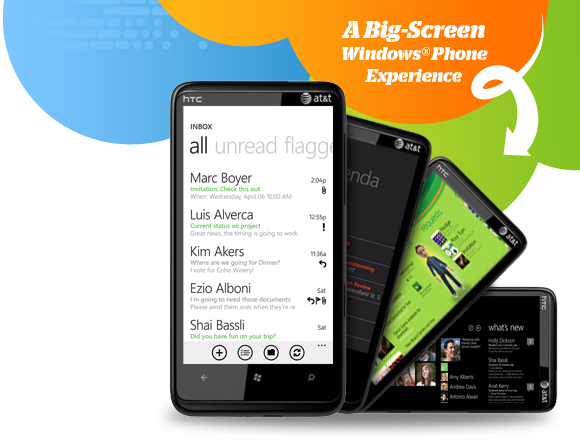 Back at the CTIA, AT&T officially announced the HTC HD7S which is currently available at T-Mobile USA as HTC HD7. AT&T didn’t tell us when they will launch it, so folks who are looking forward for it are waiting from a long time now. Now AT&T officially announced via their Facebook page that they will launch this device officially on June 5th and it will go for $199.99. HTC HD7 is successor to the famous HD2, which is known as one of the best Windows Mobile devices out there. HD7S comes with a 4.3 Inch Super LCD display and that’s the only difference between AT&T and T-Mobile version of HD7. The display is huge, so if you are currently using a HD2, then using this device will not be a problem for you.

So folks, mark you calendars because June 5th is the day when you will be able to get your hands on the HD7S. So anyone getting it next week?